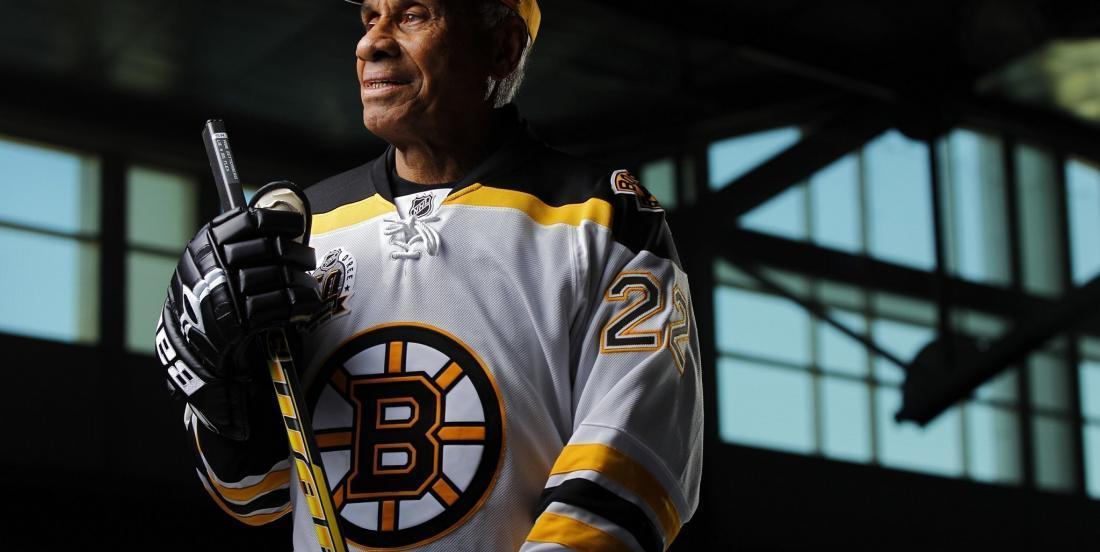 Willie O'Ree, the NHL's first ever black hockey player, says the league still has a long way to go to rid itself of racism. The 84-year-old was in Ottawa today as part of the NHL's Black History Month Tour and expressed frustration with the racism that still exists in the NHL.

"We've taken one step forward and two back. I believe we're working in the right direction, but it's going to take a long time. It's not going to happen overnight."

"It's not only happening in hockey, it's happening in football and baseball and other sports. Now we're concentrating on hockey because the sport has very few black players and players of colour playing in it. I'm disappointed in that there's still players out there that have to look at a person and judge them by the colour of their skin.

Racism was a big topic in the NHL this season after Akim Aliu came forward with allegations of racism against then Calgary coach Bill Peters. Peters eventually resigned from his position, although it's almost certain he would have been fired if he hadn't. O'Ree credits Aliu for having the courage to come forward.

"I believe he did the right thing. He felt within his heart, within his mind this is what he should have done and he went out and did it. I speak of racism, prejudice and bigotry and ignorance. It happens all the time. Not only in sports, but general life. I've had racial remarks and racial slurs directed at me in the gas station or in a drugstore or in a mall. It's just because the colour of your skin."

There was also an incident more recently where Brandon Manning of the AHL's Bakersfield Condors was suspended for five games for directing a racial slur at Boko Imama of the Ontario Reign. Manning, who is under contract with the Edmonton Oilers, apologized to Imama immediately after the game ended and took responsibility for his actions. O'Ree has a simple message to any players, young or old, facing racism from their peers.

"Stay focused. Names will never hurt you unless you let them. If people can't accept you for the individual you are then that's their problem. I know it's hard as I've talked to a lot of boys and girls that have had racial slurs directed towards them from not only players on the opposition, but players on their own team and I think it's just a disgrace to hear players on your own team make racial remarks and racial slurs."

O'Ree played parts of two seasons with the Boston Bruins, while also playing in the AHL and WHL throughout his hockey career which lasted close to 25 years.