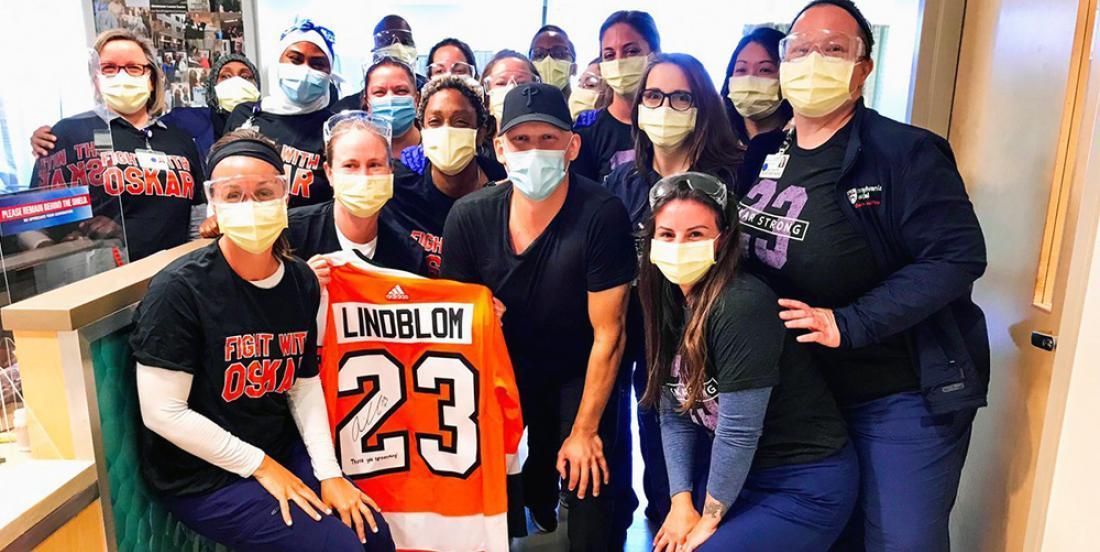 It had been reported earlier this Spring that Lindblom had finished treatment, but those reports turned out to be incorrect. Today’s news however is official: Oskar is back, baby!

You absolutely LOVE to see it!

Earlier this Spring while Lindblom was still undergoing treatment, Flyers assistant general manager Brett Flahr said that there's a possibility the 23 year old forward could play for the Flyers when NHL play resumes later this summer.

“He feels great, considering the condition he’s in,” said Flahr. “He’s such a great kid and he’s determined. His focus is to play as soon as possible.”

“Obviously we want to win,” player Kevin Hayes told NBC Sports, “but hockey is an extreme lower level … compared to cancer. He’s going through a battle and … he just brings a bunch of energy to this room.”

No word yet on Lindblom's plans, but you have to imagine that the kid is just raring to get going. After all, when he was forced to exit the Flyers' lineup in December, 2019 after his diagnosis he was the team's second leading scorer ranking just behind captain Claude Giroux. In the end, Lindblom ended his regular season with an impressive 11 goals and 18 points in 30 games. The kid was on pace to put up 30+ goals and 50+ points for the first time in his career and establish himself as one of the Flyers' young building blocks along with Travis Konecny, Ivan Provorov and Carter Hart. Here's hoping the kid can find his mojo once again once play resumes.