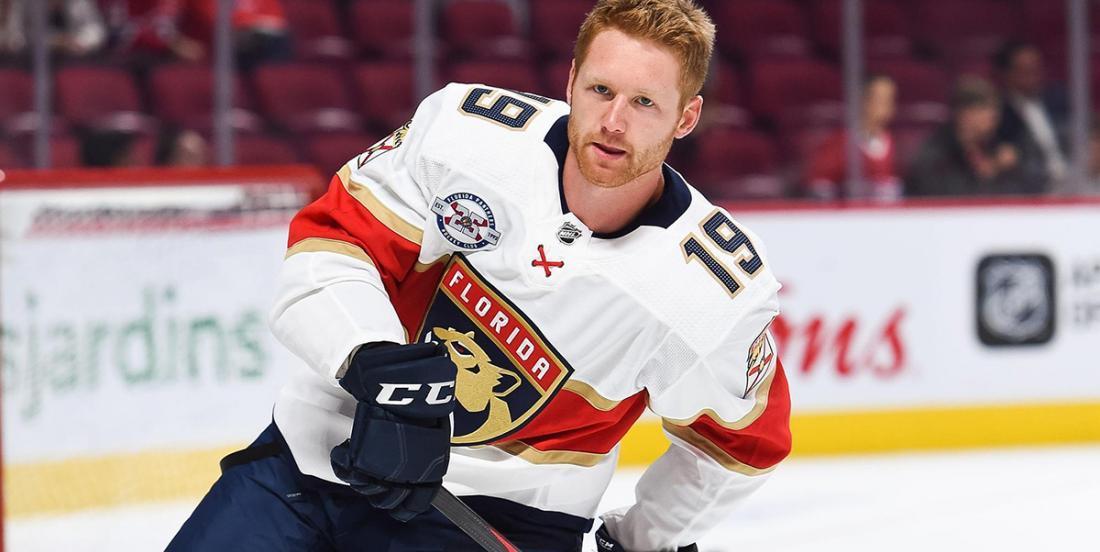 Florida Panthers defenseman Mike Matheson is sorry. Extremely sorry. So please… can we just leave him and his poor dog alone?

In case you missed it, Matheson was handed a two game suspension by NHL Player Safety for body slamming Vancouver Canucks rookie Elias Pettersson to the ice on Saturday evening. Peterson left the game immediately and hasn’t been back on the ice since. He’s out of the Canucks lineup indefinitely with a concussion.

Matheson reached out to Pettersson via text message following the game to express his sincere regret over the hit and Pettersson’s resulting injury.

Pettersson answered back and Matheson was grateful that the rookie didn’t hold any ill will toward him.

“He didn’t have to, but I appreciate the fact that he did.”

In the aftermath of the hit and the suspension, Canucks fans have come out HARD against Matheson, the NHL and their own team on social media. Canucks fans took to Twitter immediately following the hit to express their anger in the Canucks’ lack of physical response. The Canucks ended up with a win on the evening, but Canucks fans were out for blood. Pettersson, who is just 19 years old, has been the team’s best player early this season, scoring five goals and eight points in his first five NHL games. With him out of the lineup, the Canucks are simply not the same team.

The target of most Canucks vitriol though was of course Matheson himself. Calling for a suspension or for a Canucks player to get retribution is one thing, but Matheson also received death threats from angry Canucks fans. What’s even more, people wish his dog Hank harm, as well.

Check out these comments from George Richards' latest column for The Athletic:

Although Matheson understands how everything looks, he doesn’t get how someone could be so angry as to post the poison now coursing through his social-media accounts.

Matheson says he has received death threats and had people wishing he would contract a deadly disease.

Even his dog, a miniature goldendoodle named Hank, was not immune from the abuse.

In the hours following the hit on Pettersson, Vancouver fans and those upset with the hit went searching for Matheson’s social pages.

“You don’t deserve this animal,” one commented. “You monster!”

There were more posts along those lines, plenty of them filled with obscenities.

When asked Wednesday whether he had been paying attention to those comments, Matheson’s expression completely changed.

It was obvious he had.

“I’m trying to stay off it, but it has been very, very disappointing,” Matheson said. “To think that people could be so inhumane about something … sports were made to bring people together, to cheer on teams and have passion about their teams. I fully understand and respect that.

“But there are thousands of people commenting things on my social-media pages — sending me death threats, wishing I would commit suicide or get cancer — that’s bringing things to a whole new level. People have even threatened my dog. If you’re going that far, you might want to look yourself in the mirror. I’m not going to engage in it. It’s definitely not worth it. I know not all Vancouver fans are like that. I’m sure it’s a very small percentage of hockey fans who are doing this.”

I mean… have a heart, Canucks fans.

To be fair, the fans uttering death threats toward Matheson, his family and his dog are a very tiny minority. Despite having a bad reputation, Canucks fans are some of the most respectful and knowledgable fans in the NHL. Hopefully Pettersson can get back on the ice and resume his goal scoring tear though, so true Canucks fans can get back to doing what they do best: cheer on their team.