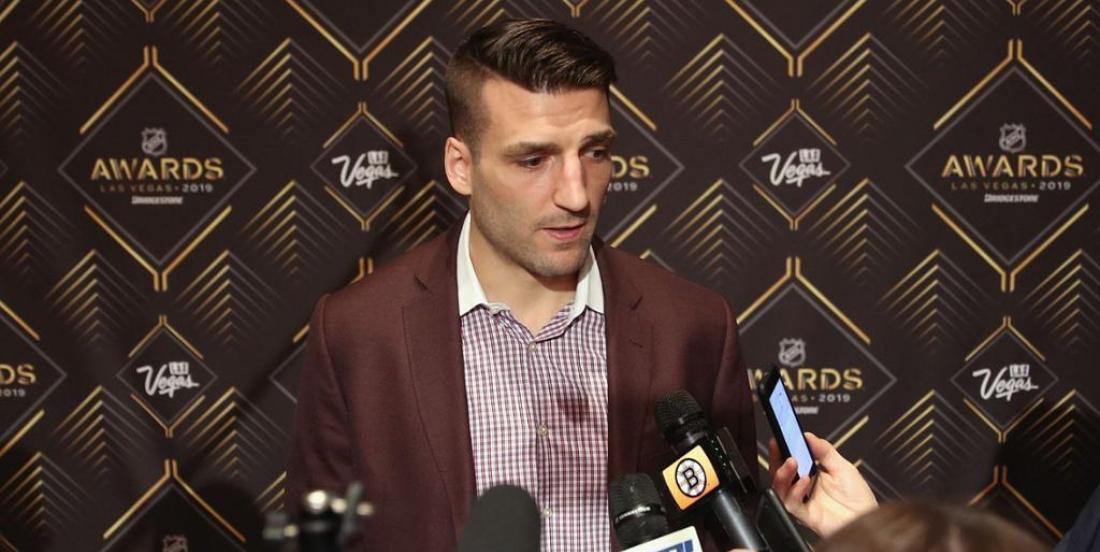 Boston Bruins forward Patrice Bergeron may be in Vegas to attend the NHL awards tonight, he does not feel like partying.

When he met with the Journal de Quebec to talk about his nomination for the Selke Trophy, Bergeron could barely smile.

In his own words to the French newspaper, Bergeron revealed that he remains in mourning. He simply cannot get over the loss of the Stanley Cup at the hands of the St. Louis Blues, as some members of the teams are in Sin City partying with the Cup.

“{The Selke} is not the trophy I was hoping to get this year. I'm trying to get into the mood for celebrations here right now, but it's not easy, “he sighed during the interview.

"It still hurts. Returning here and being around players and the media makes it even more difficult because I am being asked questions about it. This is clearly not something I’ve fully digested and I am just trying to mourn all the efforts we have been making for months.

"I still enjoy getting nominated for the Selke, but this year ...", he said, pausing for a long beat, unable to finish his sentence, shaking his head.

On top of that, Bergeron is facing Ryan O’Reilly again - as the Blues forward is also nominated for the Selke Award. Bergeron might finally have the edge here: he is currently tied with former Montreal Canadien Bob Gainey with four Selke trophies and could win a fifth one tonight.