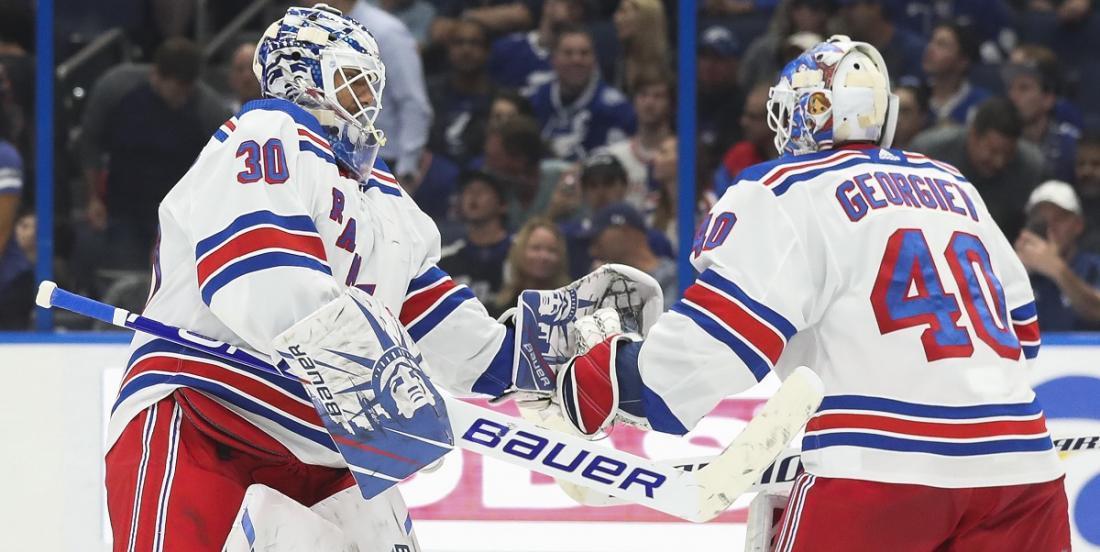 Would this deal work?

The National Hockey League and the National Hockey League Players Association have begun making significant progress on their plans to resume the current NHL season and crown a Stanley Cup Champion in 2020 and with hockey talk picking back up again we are starting to see more and more speculation regarding what changes teams might be making to their current rosters in the not so distant future.

One of the more interesting takes as of late comes from NBC Sports' Marcus White who recently played fantasy general manager and proposed a trade between the San Jose Sharks and the New York Rangers. It's no secret that the Sharks were a major disappointment this season, especially considering some of the recent signings they made like adding forward Evander Kane and defenseman Erik Karlsson to their roster with long term contracts, and there's almost no doubt that general manager Doug Wilson will be looking to make a host of changes when the offseason officially arrives. For this trade proposal White focused on the Sharks' current problems between the pipes, indicating his belief that he feels the organization needs a solid backup to push Sharks starting goaltender Martin Jones while also helping Jones shoulder some of the workload.

White believes that the Sharks should target Rangers goaltender Alexander Georgiev, a young goalie that will be a restricted free agent at the end of the season whenever that may be. White believes that Georgiev is the odd man out in New York and I must admit I find myself agreeing with him here. The Rangers have a log jam in goal right now with the aforementioned Georgiev, Rangers star goaltender Henrik Lundqvist, and goaltender of the future Igor Shesterkin and from the outside looking in it seems obvious how this is going to all play out for the Rangers.

Shesterkin, in my opinion, is going nowhere. The 24 year old Russian netminder reportedly put his foot down this season and applied pressure on the Rangers for playing time at the NHL level and boy did it pay off. Shesterkin frankly looked like one of the top goaltenders in the league in what was admittedly a very limited sample size of just 12 games. Over those games Shesterkin was nearly unbeatable with a 2.52 goals against average and a .932 save percentage. He did this while playing in front of a Rangers blue line that has often been subject to criticism as of late, and he objectively outperformed both Georgiev and Lundqvist in the process.

Lundqvist still has one more year on his current contract and given his slumping performance and significant cap hit it seems extremely unlikely that he would be traded given how unlikely there is to be any demand for him at his current cap hit. The goaltender the Rangers would most likely be willing to trade for that reason would certainly appear to be Georgiev, who again will have his contract expire at the end of the season, and it also makes sense that he would be a likely target for the Sharks for those very same reasons.

The Rangers are in a bit of a tough spot here given that every team in the NHL knows they will have to trade a goaltender at some point, and it is perhaps for that reason that White believes the Sharks could acquire him in exchange for a 2nd round draft selection. That being said there are always several teams in need of goaltending help so the Rangers will likely have multiple suitors.

Should the Sharks give up a 2nd round pick to improve their backup goaltending situation? Should the Rangers be willing to part with Georgiev for a 2nd round selection? Let us know your thoughts in the comments.