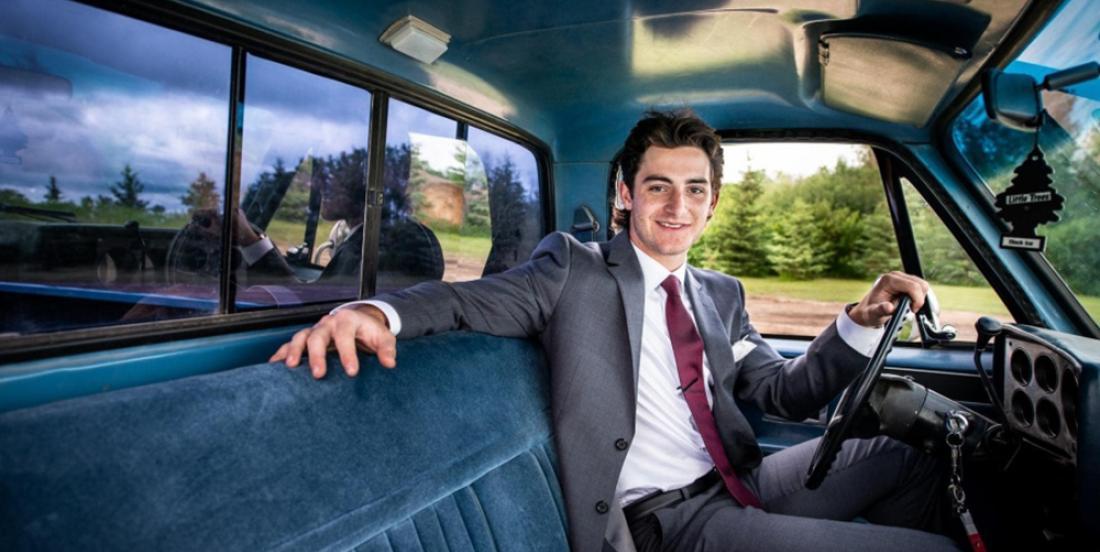 Dylan Ashe was known as a young man who loved hockey, his teammates and his 1984 Chevy.

The 18 year old defenceman from the Melfort Mustangs of the SJHL died tragically in a single vehicle this past weekend. His mother Della made a heartbreaking post on Facebook confirming his death from a vehicle rollover on Saturday evening.

This is the hardest and most heartbreaking post I have ever had to make. Dylan was driving back to the lake last night and rolled the car. He didn’t make it out of the accident alive. I can honestly say I’m numb, and my heart literally feels broken. He was the most easy-going, fun loving, and never in a rush for anything type of guy. He loved his family and truck. Oh that truck, boy did he work hard on it. My favourite thing was when he would come home and go directly to each of us and give us a big hug. He was making his last trip out to the lake and then heading home here for a couple days before taking off to Melfort for his second season with the Mustangs. He was looking forward to seeing all his hockey buddies. I am comforted knowing he was doing everything he loved to do, but unfortunately never fulfilled his dreams here, and now he will always be in my dreams. I can’t believe your life was so short. Please watch over us. I love you so, so, so much.

The Mustangs also confirmed Ashe's death on social media, as have the Lethbridge Hurricanes of the WHL.

The teenager was a popular teammate and loved to spend his time working on his beloved truck, hunting and snowboarding. In other words: he was a pretty normal teenage boy from Saskatchewan. Support from the Saskatchewan hockey community has been pouring in for the Ashe family, as you might expect. After all, prairie folks are some of the best folks you'll find anywhere. Della says that she's received dozens of messages from Dylan's current and former teammates, some of whom she hasn't heard from in years.