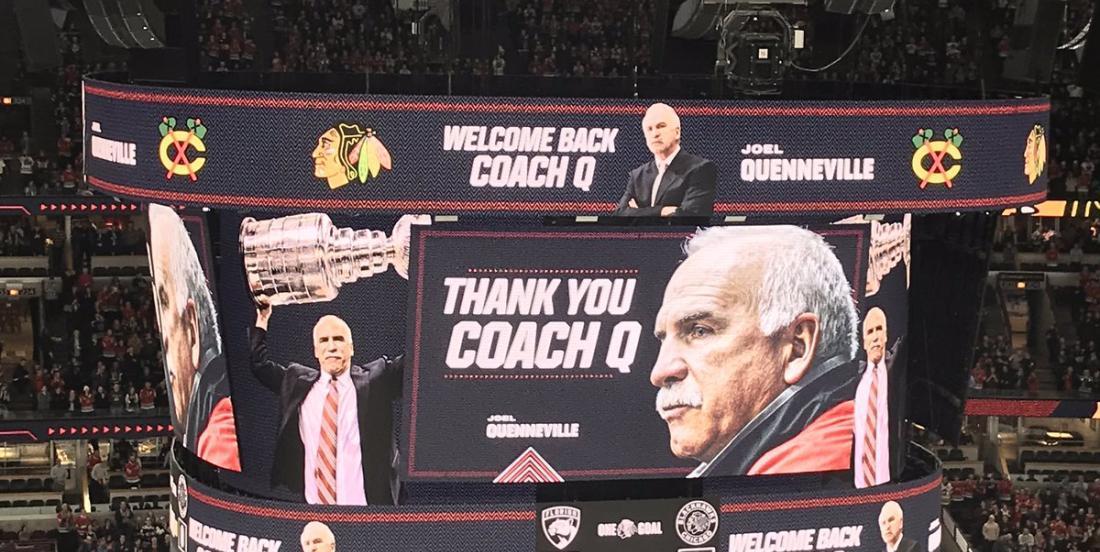 Chicago and Blackhawks fans were glad to see coach Joel Quenneville back in United Center. Even if he was guiding the opposite team.

The new Florida Panthers head coach was happy to get the loud ovations he received from the crowd at the United Center.

The Blackhawks put together a great tribute video for their former coach and you could tell Quenneville was happy to share this moment with his former team and their fans. The standing ovation was defeating as they played the video on the big screen.

He waved to the crowd, taking the time to thank them and it was easy to see the smile under his white moustache. Check it out:

It turned out to be an even greater night for coach Q as his Panthers got away with the 4-3 win. After the game, he commented on the ovation and how special this day has been in his career.

“That felt unbelievable. It was a great feeling. Captured some special moments in the building [with] the enthusiasm and the excitement and the noise… It felt like a different game. Had some importance to it.”