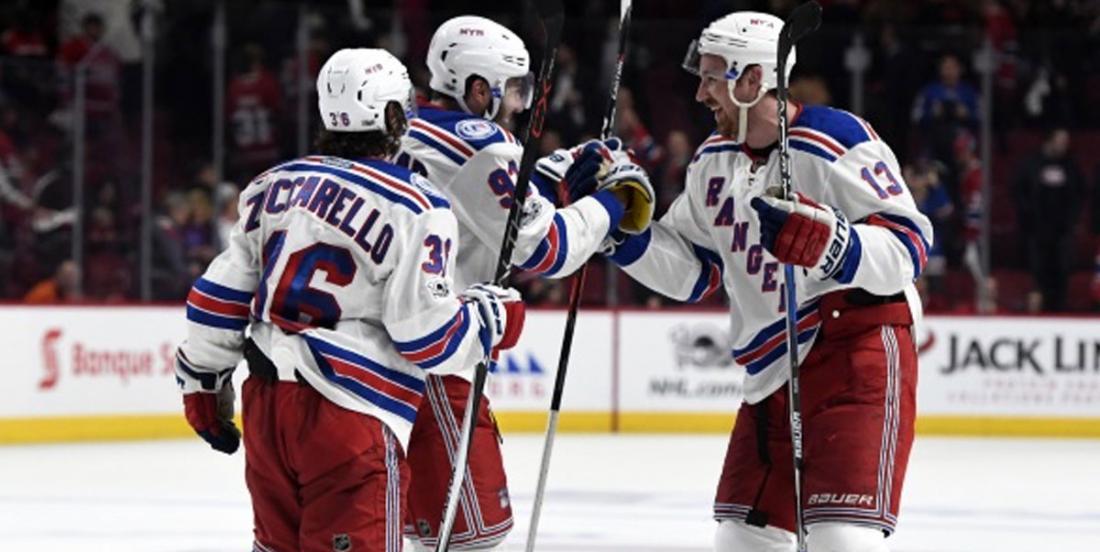 What does it mean for the rebuild of this team?

We cannot say that it was a surprise for New York Rangers fans when the team went on a selling binge at the trade deadline in February. Team president Glen Sather and general manager Jeff Gorton informed fans with a letter than important moves were coming to the Big Apple and that the club was focusing on building a roster that would be contenders for years to come. An honest rebuilding process.

However, the Rangers are already facing one of the biggest challenge of their season. Larry Brooks of The New York Post reports the future of center Kevin Hayes could be the rebuilding Rangers’ biggest decision this season. That's quite an important undertaking. The 26-year-old forward is slated to become an unrestricted free agent next summer. There is no doubt the Hayes fit the model and is young enough to take part in the rebuilding face in the Big Apple, Brooks wonders if the Blue Shirts could decide to part ways with Hayes if the team cannot achieve to reach the postseason in less than three seasons.

"Which is where Kevin Hayes comes in … or goes, however you see the future unfolding for the pending unrestricted free agent operating on a one-year, $5.175 million deal after he and the Rangers could not agree on a multi-year extension.

Mats Zuccarello is also months away from free agency, and so is Adam McQuaid. But it is Hayes who presents the most vexing issue for Gorton, because he has the greatest value on the market and on the ice," writes Brooks in his latest column.

If the Rangers want to keep Hayes, Brooks speculates it could also cost between $5.7 million to $6.2 million annually to re-sign him on a six-year deal. However, given the Rangers depth at center with your promising prospects, Brooks suggests Hayes could be dealt if the Rangers can get back a top-six winger or top-four defenseman.

It is believed that this tough decision will be made ahead of the trade deadline in February, especially if Hayes manages to record 30 goals or get in close to a 50-point season. The talented forward has tallied over 40 points in three of his four NHL seasons entering 2018-19, but there is still doubt that he has proven to be a $6-million per season center.

When their season came to an end last spring, the Rangers made it clear that they were looking to get younger and faster and if general manager Jeff Gorton chooses to pull the trigger on a trade for Hayes, he could fetch a return that supports the team's need for speed and younger talent. However, the Rangers might have to settle for a player who is not roster ready...

"Should a team offer a younger top-six winger or a top-four right D, then surely Gorton would have to listen. But moving Hayes as a rental for the generic late first-rounder-plus package does little to advance the franchise. Again: when does the staff think the team will be ready?" adds Brooks.

Hayes can always agree to a contract extension after January 1st, and is believed to be looking to stay in New York, however, he might be the best trade bait Gorton has to make an impact on his rebuilding process.