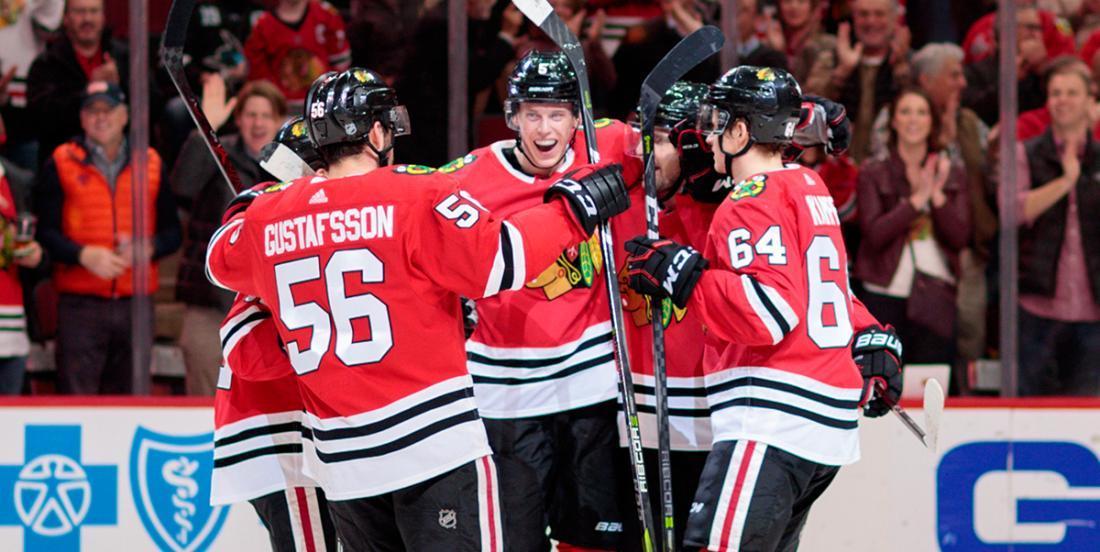 With still two weeks to go until opening night puck drop at the United Center, the Chicago Blackhawks already find themselves scrambling to cover up for an undermanned blue line.

Yesterday afternoon the team announced that defenseman Connor Murphy will be out of the lineup even longer than expected as he continue to recover from a back injury.

Check out the statement released by the team, courtesy of their official website:

“Connor will have a period of six weeks during which he will be off the ice. He will undergo further testing at that time to determine if it is appropriate for him to begin more physical activity or require an additional four weeks of rest. This puts Murphy’s overall timeline at approximately eight to twelve weeks before returning to the lineup.”

Additionally, the team has confirmed that defenseman Jan Rutta is out day to day with a groin injury.

Defenseman Jan Rutta is day-to-day with a groin injury.

I just came so close to writing lower body out of habit. BTW, I love the Blackhawks‘ new policy on injury information.

With both Murphy and Rutta out of the lineup, this means the Blackhawks will continue to get a good look at rookie Henri Jokiharju. The 19 year old Finnish blue liner, who was the Hawks’ first round pick (29th overall) in the 2017 NHL Entry Draft, has looked strong in training camp so far and has an outside chance at cracking the team’s roster for 2018-19. In 63 games with the Portland Winterhawks of the WHL last season, the smooth skating blue liner put up an outstanding 12 goals and 71 points.

Meanwhile, the Blackhawks are still unclear as to when starting goaltender Corey Crawford will be back in action. The team's bonafide starter missed most of last season after suffering a concussion and has still yet to be medically cleared for action. He has taken some informal practices with the team, but there's still no timetable for his return to the crease. Anyone have Scott Foster's number on hand?