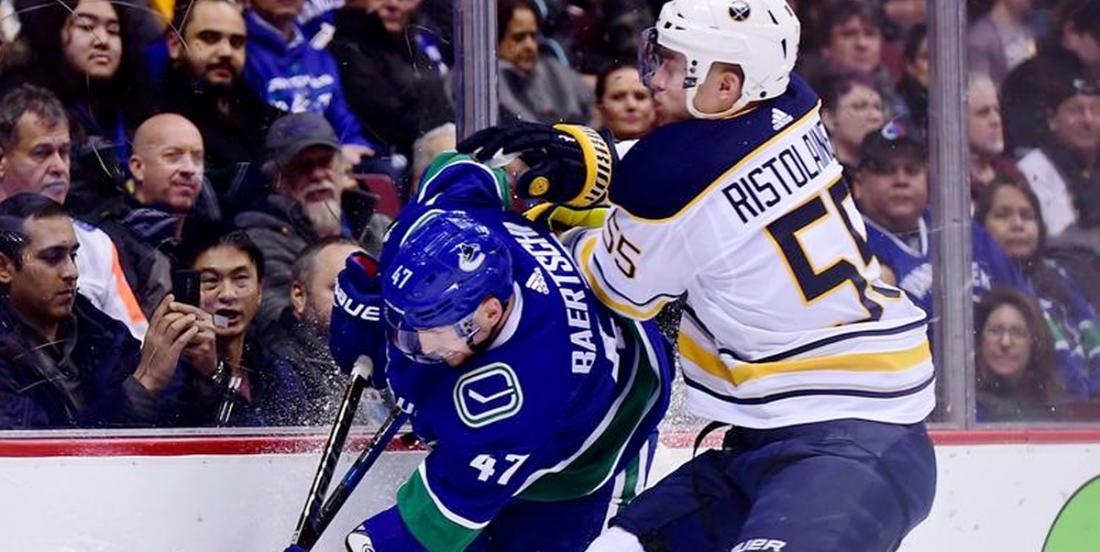 In case you missed it, there have been two trades in the NHL the past two days as teams prepare for this weekend’s 2019 NHL Entry Draft.

Up first the Winnipeg Jets shocked the hockey world by shipping defenseman Jacob Trouba to the New York Rangers in exchange for Neal Pionk and a package of draft picks.

Not to be outdone, the San Jose Sharks cleared some salary off the books by shipping blueliner Justin Braun to the Philadelphia Flyers.

Now, Vancouver Canucks insider Rick Dhaliwal is reporting that the Canucks and their expansion cousin Buffalo Sabres are discussing a potential trade centred around a defenseman, but it’s not known whether or not the trade target is Rasmus Ristolainen or Zach Bogosian.

Might the Canucks make a splash when they host the draft in Vancouver this weekend? Don’t be surprised…