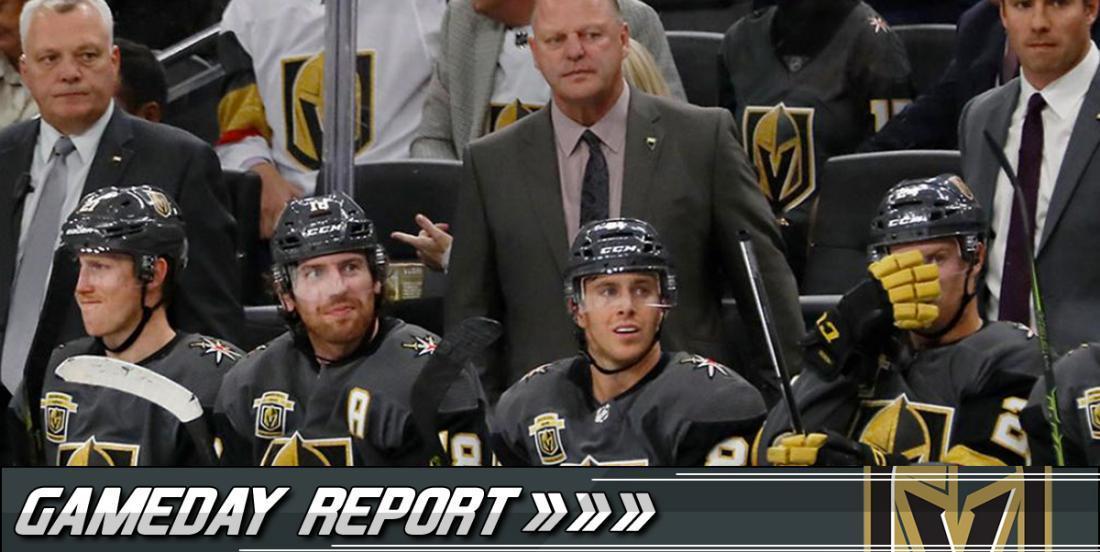 Vegas Golden Knights head coach Gerard Gallant confirmed a change to his lineup ahead of tonights'g game against the New York Islanders! Veteran defenseman Jason Garrison will be back in the lineup, after he was called up from the Chicago Wolves (AHL) yesterday. Defenseman Brayden McNabb (day-to-day) will miss tonight's game. The team didn't provide any details on the nature of McNabb's injury.

Garrison, 33, played four games with the Golden Knights this season, registering one assist. He has 18 points in 33 games played in the AHL. The veteran defenseman played 534 games in the NHL so far with the Florida Panthers, the Vancouver Canucks, the Tampa Bay Lightning and the Golden Knights scoring 48 goals and 111 assists for a total of 159 points. He also added 17 points in 48 playoff games.

McNabb, 27, has two goals and eight assists for a total of ten poins in 44 games played so far this season. Drafted 66th overall by the Buffalo Sabres in 2009 the Davidson, Saskatchewan native produced 60 points and 259 penalty minutes in 282 games in the NHL with the Sabres, the Los Angeles Kings and the Golden Knights.

Coach Gallant also confirmed that goaltender Marc-Andre Fleury will get the start tonight.

The Golden Knights are currently first in the Pacific division with a record of 32-11-4.