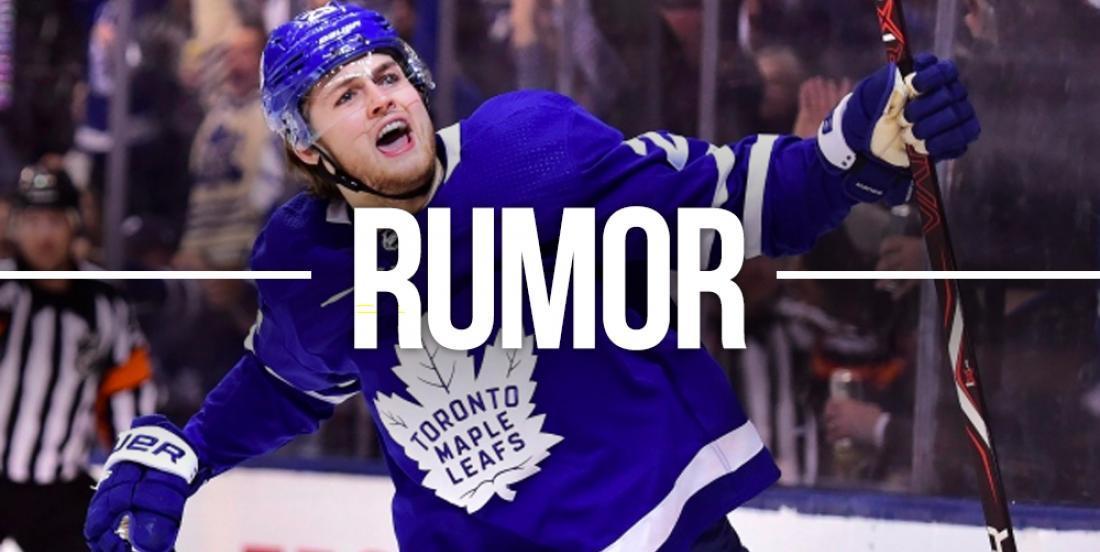 More money coming off the books in Toronto!

In case you missed it earlier today, the Toronto Maple Leafs and Pittsburgh Penguins pulled off a blockbuster of a deal with forward Kasperi Kapanen and spare parts heading to Pittsburgh in exchange for a 1st round pick and top prospect Fillip Hallander.

The deal is effectively a salary cap dump for the Leafs who clear $3.2 million off their books and add two top prospects with the 15th overall pick and Hallander. The Leafs are still up tight against the NHL's $81 million salary cap even after this move, but Sportsnet Leafs insider Chris Johnston reports that Leafs general manager Kyle Dubas is likely to shed more salary from his team's roster this offseason.

While making an appearance on Vancouver's Sportsnet 650 radio earlier today Johnston reported that the Leafs want to make more trades in order to free up cap space and give them flexibility heading into free agency.

Interesting. The problem is that the Leafs likely aren't trading any of their big ticket players like Auston Matthews, John Tavares or Mitch Marner anytime soon. Defensemen Cody Ceci and Tyson Barrie are likely to leave as free agents, which would clear up over $7 million in cap space but those spots have to be replaced and it won't come cheap. Pending RFA Travis Dermott needs a new contract and veteran forwards Kyle Clifford and Jason Spezza are both pending free agents, as well. All of this is to say that even though the Leafs have some cap wiggle room with this Kapanen trade, there are still positions to fill and not enough money to go around to fill them with truly impactful players. In other words: You can forget any chance of hometown boy Alex Pietrangelo signing with the Leafs.

Now, if the Leafs were to go ahead and pull the trigger on trade involving forward William Nylander and his nearly $7 million annual cap hit, now we're talking. If the Leafs make a similar trade with Nylander as they did with Kapanen then the team could enter free agency with over $15 million in cap space. If that's the case then all bets are off. Your move, Mr. Dubas.