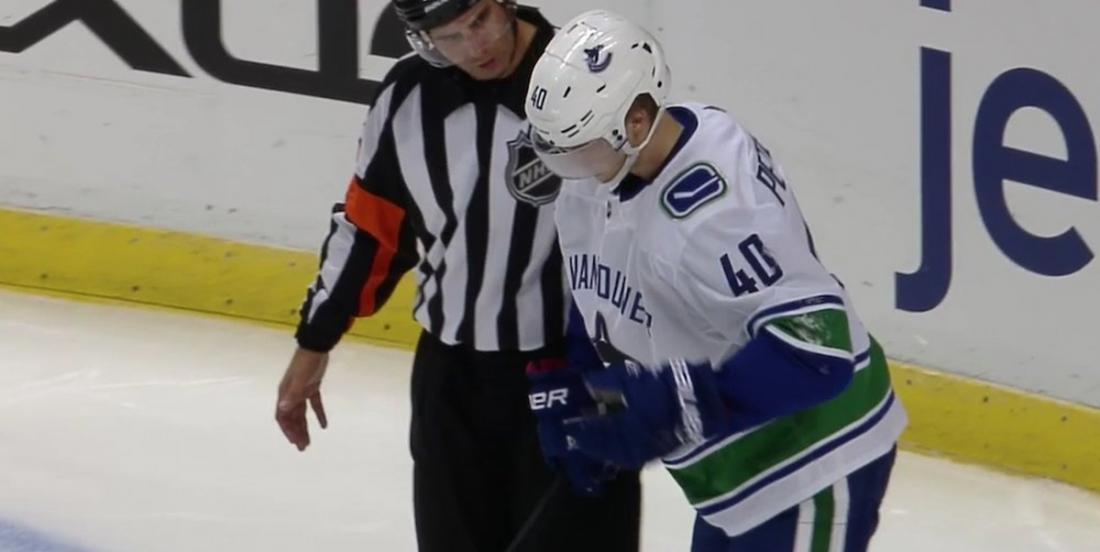 In case you missed it, Vancouver Canucks rookie Elias Pettersson was body slammed to the ice by Florida Panthers defensemen Mike Matheson on Saturday night and left the game with a suspected concussion.

Immediately prior to the hit Pettersson decked Matheson and nearly set up another highlight reel goal. Matheson seemed to take exception to the move and gave Pettersson a little extra on his way down to the ice. Pettersson went down hard and came up clearly woozy.

The Canucks ended up with a win on the evening, but Canucks fans were not happy with the team’s lack of physical response. Pettersson, who is just 19 years old, has been the team’s best player early this season, scoring five goals and eight points in his first five NHL games.

Now, it looks like the Canucks may be without his services for their upcoming road trip, meaning he’ll be out of the lineup for at least a week…. potentially even longer.

Elias Pettersson (concussion) remains with VAN  on their road trip (PIT Tues and WPG Thursday) but will not be seeing any game action for a minimum of seven to 10 days and perhaps longer depending on his recovery from symptoms.

Ouch… just when this team finally started to get some good mojo. Pettersson entered the 2018-19 NHL season as a favorite to take home the Calder Trophy as the NHL’s top rookie and so far he’s established himself as the frontrunner. While it’s obviously early in the season, Pettersson has been a dynamic point producer on the Canucks’ second line, playing center between Nikolay Goldobin and Loui Eriksson. Hopefully the kid can pick up where he left off when he returns to the lineup because the Canucks could certainly use a lot more of this in their lineup this season:

The Canucks also announced that free agent acquisition Jay Beagle will miss up to six weeks with a hand injury. Meanwhile, the Canucks have called up 2018 Hobey Baker Award winner Adam Gaudette from the AHL's Utica Comets. It remains to be seen whether or not they'll call up more reinforcements before their road trip begins tomorrow.