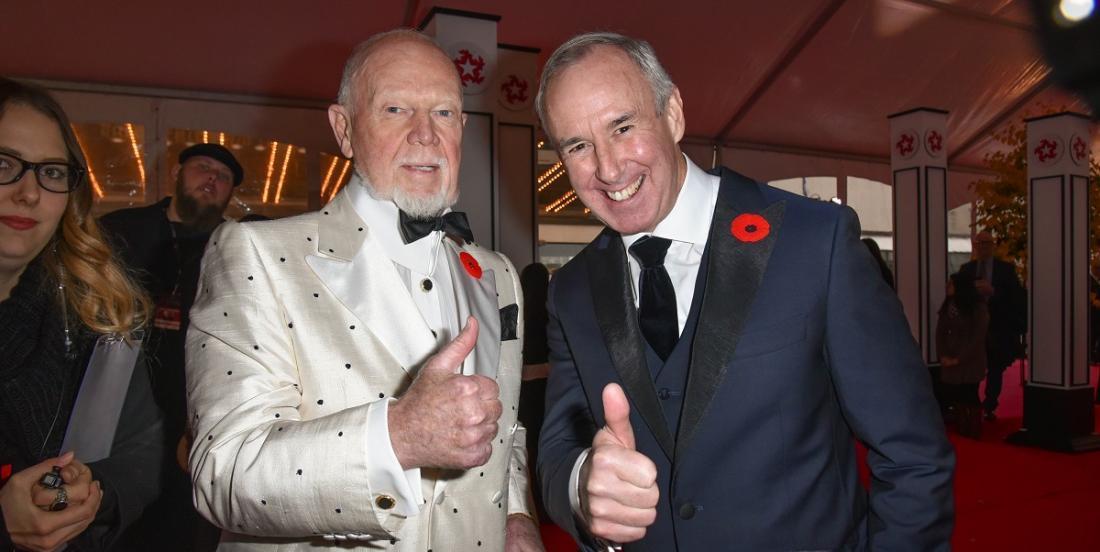 By now just about every hockey fan in the world has heard of the major controversy that took place last weekend involving legendary National Hockey League analyst Don Cherry. In all of my years covering the sport there may have never been a more divisive topic than what turned out to be the moment that led to the firing of Cherry, one of the National Hockey League's most iconic characters and a Canadian icon in the eyes of many, many fans.

If by some chance you did miss the controversy or if you've somehow forgotten what started this chain of events allow me to refresh your memory. Cherry made comments one week ago today in support of Remembrance Day that ignited a firestorm on social media, comments that many have since supported and many have since condemned outright. Here is the original quote in full in an effort to insert as little bias as possible into the context:

Those comments would of course lead to the firing of Cherry as a fixture on Hockey Night in Canada and left the future of Coach's Corner very much in doubt, the controversy however was far from over. Regardless of how you feel about what Cherry said and the reaction to those comments, one man who has been caught right in the middle of the situation has been Cherry's longtime co-host and friend Ron MacLean and for good reason. During the initial segment MacLean appeared to nod in approval at the comments made by his co-host and even gave his usual thumbs up gesture when Cherry had finished the rant as if to signify his approval of what Cherry had said. You don't need to take my word for it however, the entire thing was caught on video.

Following the backlash however MacLean was singing a very different tune. Instead of standing by his longtime friend, something Cherry had done several times in the past when MacLean himself had been fired, MacLean quickly issued a statement that was clearly a condemnation of the comments that had been made by Cherry.

This has resulted in a high wave of criticism directed squarely at MacLean, perhaps creating an even greater backlash than the original comments by Cherry themselves created. MacLean has since been called just about every name in the book you could possibly imagine on social media and when rumors began to pop up this week suggesting that he too would be leaving the Hockey Night in Canada broadcast on Saturday night many felt this would spell the end of his career as well.

Reporter Steve Simmonds of the Toronto Sun reported the rumor earlier this week when he revealed that MacLean himself was now considering leaving the show of his own free will, perhaps finally making a show of solidarity with his friend Don Cherry. Here is what Simmonds had to say on the subject:

"I can't get this confirmed but I am hearing Ron MacLean may not be on Hockey Night In Canada tomorrow night and is considering leaving the show," wrote Simmonds. "He would like to stay on Hometown Hockey on Sunday's and separate himself from the Saturday show."

Although it would have been nice for MacLean to finally support his longtime friend, although it would have obviously been far too little and far too late, it seems that this will not be the case either. MacLean, in spite of the fact that he clearly showed signs of agreement with Cherry during the original segment, as since responded to Simmonds and has made it clear that he intends to return on Saturday nights even if that is to be without his longtime co-host.

"It's Ron Steve...not leaving Saturdays," wrote MacLean. "That rumble likely comes from ideas early on I shared in processing everything."

No doubt the backlash that MacLean will face this evening will be tremendous, both from those angry at the fact that he supported the original comments and from those who are angry that he failed to support Cherry.