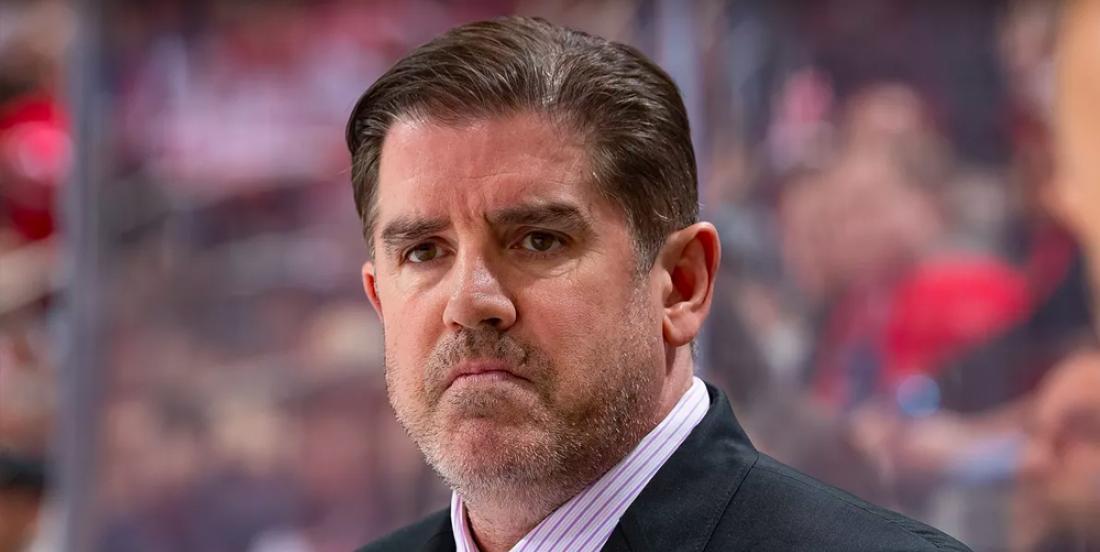 Call me crazy, but I think Lavy is EXACTLY what this Caps team needs. Thoughts?

According to a report from Sportsnet NHL insider Elliotte Friedman, former NHL head coach Peter Laviolette is "very much a contender" to become the new bench boss for the Washington Capitals.

From Friedman's most recent 31 Thoughts column for Sportsnet:

15. Washington has permission to talk to Peter Laviolette, and he is very much a contender.

The Capitals, of course, parted way with former head coach Todd Reirden following the team's disappointing first round Stanley Cup Playoff series loss to the underdog New York Islanders. Capitals general manager Brian MacLellan has gone on record saying that his next hire will be NOT be a rookie head coach as it was when he first hired Reirden. Reirden's replacement, whether it's Laviolette or not, will have significant experience behind an NHL bench as a head coach.

Laviolette was dismissed by the Nashville Predators this past season after five and a half seasons with the team. He's a Stanley Cup champion from his time coaching the Carolina Hurricanes and has lost in the Stanley Cup Final twice during his head coaching career, once with the Preds and once with the Philadelphia Flyers.

To be perfectly honest, I feel like Laviolette is just the kind of coach that MacLellan and the Capitals are looking for. He's an old school, no-nonsense kind of coach who has built a career on pushing the right buttons at the right times for his teams. Sure, he can wear out his welcome with teams in short order, but for a team like the Capitals he could be the perfect fit. Let's be honest, as good as Alex Ovechkin, Nicklas Backstrom and the rest of the Capitals' core are, they're not exactly a young team. If Laviolette can get the most out of this team's core over the next 3-5 seasons, well that's about the best you can hope for. Now, having said that, I will never count out an Ovechkin led team. The guy seemingly gets better with age and is really showing no signs of slowing down. The Capitals have some big question marks in goal concerning the future of Braden Holtby, but don't be surprised if Holtby sticks around for another spin under an experienced coach with a clear game plan.