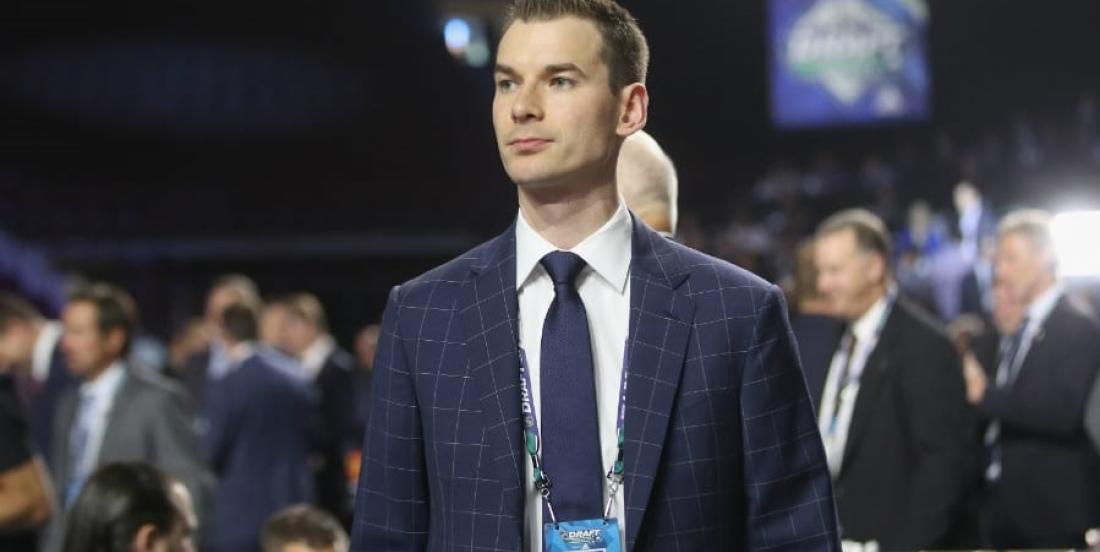 The Arizona Coyotes are once again at the center of controversy and this time it sounds like they will be losing one of the most well respected young minds in the sport today as a result.

Earlier today we reported on the rumors that had begun to surface suggesting that the Arizona Coyotes and Coyotes general manager John Chayka were headed for a split right before the playoffs, but at the time we had very few details to go on. Now a new report from Sportsnet insider Elliotte Friedman has shed some light on why this sudden split is taking place and it sounds like a rival National Hockey League franchise may have sparked the fire that led to this situation.

Friedman reports that at some point during the pandemic the Coyotes would have been approached about Chayka's availability and, seemingly inexplicably, the Coyotes granted Chayka permission to explore that option. It seems as though whomever it was that approached the Coyotes was able to lure Chayka away from the team and when it became clear that Chayka could actually leave his position as Coyotes general manager the Coyotes "dug in and resisted" as per Friedman. The team would have then attempted to negotiate some kind of transition period that would have involved Chayka staying on until the end of the season, but those talks have now collapsed.

This is certainly a lot to take in but, considering we have been hearing rumors that Chayka's office has already been cleaned out, it would help to make sense of what has been going on in Arizona over the last few days. There were rumors that Chayka had not been included on the list of people that would be entering the bubble for Phase 4 with the team and the sudden nature of the split described by Friedman would help to explain that as well.

It comes as little surprise to me that Chayka would want a change of scenery after years of toiling on a budget team that had struggled to attract fans and free agents alike. The biggest question that comes out of this new revelation however is which organization approached the Coyotes to speak to Chayka and what role did they offer him to convince him to leave a job as an NHL general manager?

Maybe we will find out sooner rather than later.

Update: Coyotes insider Craig Morgan is now reporting that a source has informed him the offer was not from a rival team but was instead "another professional opportunity." This of course opens up an unlimited number of possibilities so it seems like we really will have to wait and see what comes of this one. What does seems clear now however is that Chayka's time with the Coyotes is coming to an end.