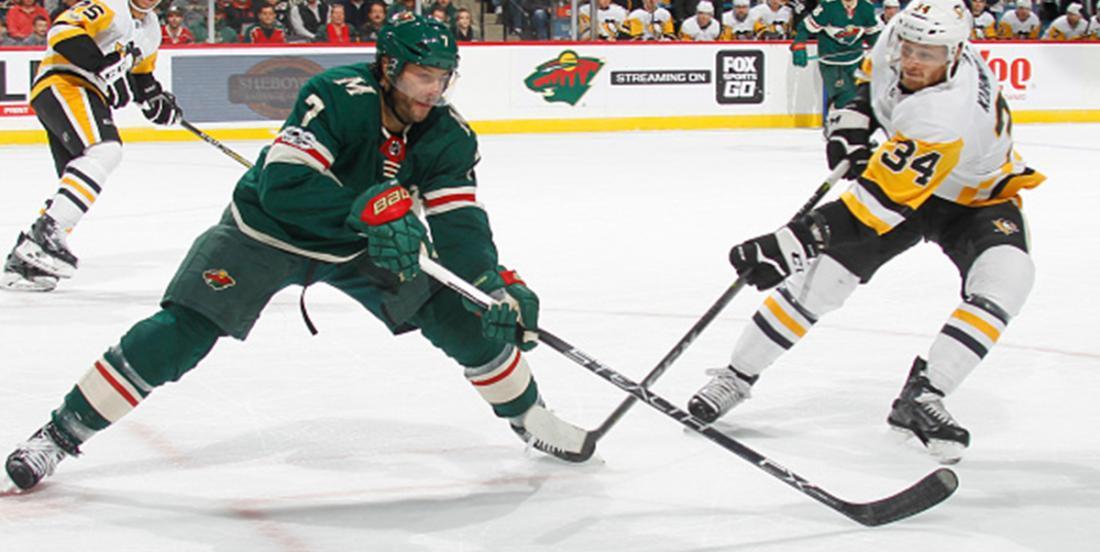 Pittsburgh Post-Gazette reporter Jason Mackey has made a bit of a name for himself around the league this past month due to his inside reports on the Pittsburgh Penguins. It was Mackey who broke the news that Penguins GM Jim Rutherford had been shopping Ian Cole for a trade, now Mackey is reporting another potential move for the Pens: re-acquiring former Penguin, now Minnesota Wild center Matt Cullen.

Cullen was a healthy scratch for the Wild’s game Friday night against the Anaheim Ducks and the Penguins have a gaping hole at the 3rd line center position. Could Cullen be a trade target? Mackey argues that it only makes sense. Cullen obviously has ties to the Penguins and still remains close with Rutherford. “There’s nobody I respect in the game of hockey more than Jim [Rutherford], says Cullen.” “I owe a lot to him for everything he’s given me.”

When Cullen signed with the Wild this past offseason, in part to be closer to his family, he made a point of calling Rutherford personally to explain himself. Might it be time for another phone call?