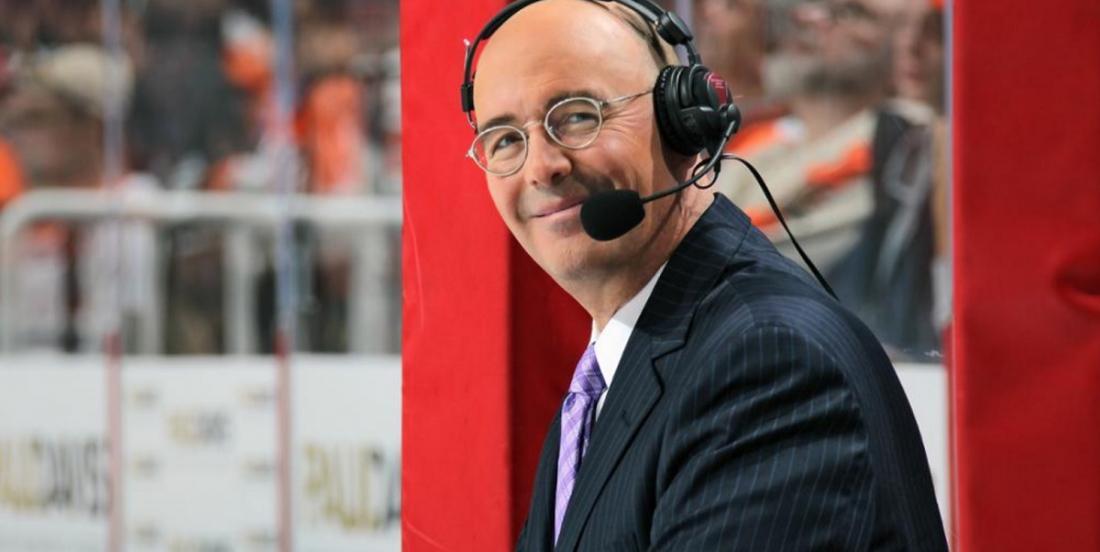 Although he no doubt has his share of haters out there, there's no question that long time National Hockey League analyst Pierre McGuire is one of the most well respected analysts in the sport of hockey. McGuire is a veritable encyclopedia of hockey knowledge and always has a tidbit of information or two to share on any given player when prompted to do so during an NHL broadcast. What many fans may not know about Pierre McGuire though is that the long time NHL analyst also aspires to one day hold the position of NHL general manager.

McGuire is best known for his work in the broadcast booth but he also has spent time as a coach in the National Hockey League and also previously worked as a scout for the Ottawa Senators organization. Despite his success on air McGuire has continued to seek out opportunities as an executive at the NHL level and most notably McGuire has been linked to the general manager's position in the Pittsburgh Penguins organization at different times in the past and now it sounds like he has his name in the running for another GM job.

Over the weekend Sportsnet National Hockey League insider Chris Johnston provided an update on the ongoing general manager search being conducted by the Arizona Coyotes and it was during that update that he revealed Pierre McGuire was in the running for the position.

"They are still grinding along there and an interesting name that surfaced this week and that's Pierre McGuire," said Johnston. "The long time broadcaster, working at NBC, has had some conversations with the Coyotes about that opening."

Now I must admit that I do suspect this will be something of a longshot despite the wealth of hockey knowledge that McGuire brings to the table. It would be a high profile hire for an organization that has just gone through two embarrassing scandals, the departure of general manager John Chayka and a major penalty for the violating the rules surrounding the NHL scouting combine and the scouting of undrafted players, which means the potential risk of further embarrassment for the new ownership group if things go wrong.

That being said though McGuire is now believed to have undergone two interviews with the organization already so it does seem like he is at the very least a real contender for the role.