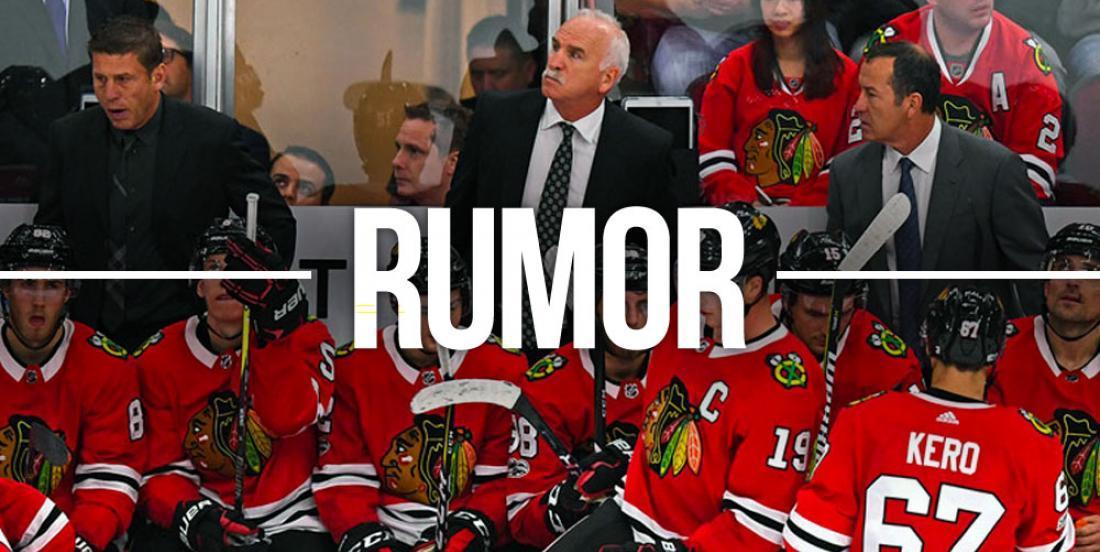 Elliotte Friedman with a bomb!

Let's face it... the Chicago Blackhawks are staring down the barrel of a third consecutive season without a Stanley Cup Playoff berth. Despite addressing the goaltending situation that has plagued the team for two seasons, the Blackhawks still haven't been able find consistency in their game and are three points back of a Wild Card spot. The Playoffs are certainly within striking distance and you'd be foolish to count out a team with so much experience, but... well this team just ain't what it used to be.

The team's performance leading up to the February 24th trade deadline will ultimately determine what general manager Stan Bowman elects to do. Buy or sell? If Bowman does elect to sell, there are several veterans players on his roster he could put in play on the trade market. One of those players is franchise icon Duncan Keith. Sure at age 36 Keith isn't the player he was a decade ago, but he's still an extremely competent top four defenseman with the ability to control the game at either end of the ice. He's not the perennial Norris Trophy contender he used to be, but he's still a damn good blueliner. So... if Keith does end up on the trade block, where might he end up? How about with his old friend Joel Quenneville?

Check out this juicy rumor from Elliotte Friedman's latest 31 Thoughts column for Sportsnet:

Nothing is happening with the Blackhawks as long as they’re still in the race, but if they fall out, would Joel Quenneville ask to pitch ageless physical specimen on the virtues of southeast Florida?

Interesting. Quenneville coached Keith for nearly a decade in Chicago and the defenseman was arguably his coach's most trusted player during that time. I mean... it's a match that makes perfect sense on paper, right? Quenneville's Florida Panthers are in the middle of a playoff push and could use some stability on the backend to join the likes of Aaron Ekblad, Keith Yandle and Anton Stralman. How does a Keith and Ekblad powerplay pairing sound, Panthers fans?

There's still a lot that has to play out between now and the deadline for Bowman to even consider trading Keith, but... should the team go into a nosedive as they have the past two seasons, don't be surprised if Keith is the next Blackhawks legend headed to South Beach.