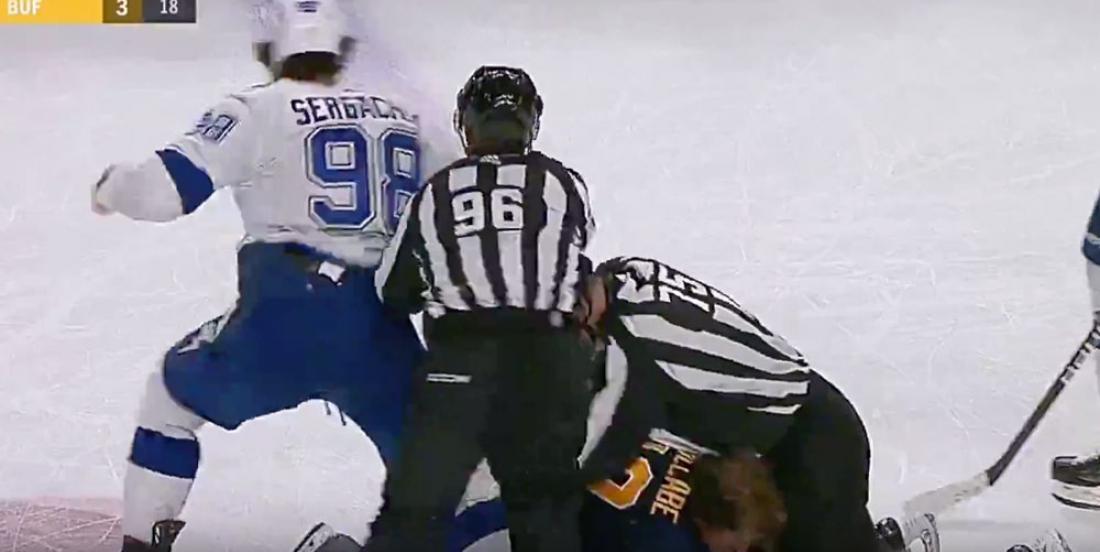 It was a brutal end to 2019 for the Buffalo Sabres who managed to fall 6-4 to the Tampa Bay Lightning despite leading for most of the first and second periods on Tuesday night.

The Bolts completed an epic comeback and seemed to be motivated by young blue liner Mikhail Sergachev, who sparked the Lightning’s comeback when he fought with Buffalo’s Jake McCabe midway through the second period.

Sergachev dropped the gloves for the first time in his NHL career and he fought McCabe with a couple of hard rights to the defenseman’s face. Once he took him down to the ice, Sergachev got right up to pump his teammates before he skated over to the penalty box and taunted the crowd.

The Sabres also gained momentum from the fight when Eichel made an outstanding individual effort to score his first career short-handed goal and give Buffalo a 4-1 lead.

However, it was all down hill from there for the Sabres as the Lightning rallied to win the game.

By the look Sergachev had on his face as he taunted the crowd and headed to the penalty box, we have a feeling he enjoyed fighting and could do it again this season.