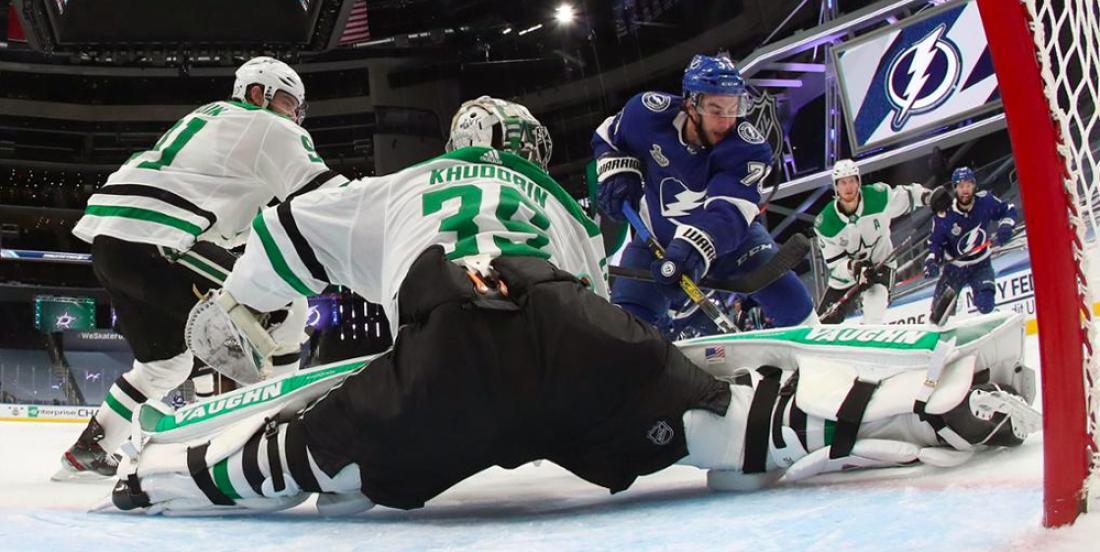 Ouch. The NHL is taking it on the chin. Anyone else out there tuning out?

According to a report from inside media publication Sports Media Watch, the 2020 Stanley Cup Final between the Dallas Stars and Tampa Bay Lightning has provided some of the worst television ratings for the NHL in the United States in over a decade.

Sports Media Watch reports that Game 1 averaged a 1.1 rating and 2.12 million viewers on NBC (2.16M including streaming), marking the lowest rated and least-watched Game 1 of the Cup Final since 2007, when Ottawa Senators and Anaheim Ducks averaged a 0.5 and 769,000 on NBCSN then NBC owned Versus Network.

Game 1 viewership tied the lowest Stanley Cup Final rating ever on broadcast television, matching Game 3 from that same Senators and Ducks series on NBC in 2007. It topped only that 2007 game and Lightning-Flames Game 3 on ABC in 2004 (1.97M) as the least-watched on broadcast since at least 2000. Of course, Game 2 of this year's final was even rougher considering that the game was up against Monday Night Football. Game 2 averaged just 0.6 and 1.14 million viewers on NBCSN, the lowest rated and least watched Stanley Cup Final game since that same Sens/Ducks series.

Of course, this isn't what the NHL envisioned with its "Return to Play" plan, but let's be honest... there are so many factors at play here. In case you hadn't heard... there's a global pandemic going on. Add in the fact that it's been a topsy turvy season and, while we're just coming into traditional hockey season right now, the fact of the matter is that most people have checked out over the summer. Summer is about the beach, BBQs and spending time outdoors, not watching hockey. I mean... not for me. But for "normal" people. The NHL is obviously facing increased competition this season from the NBA, NFL and MLB as well.

Another factor that CANNOT be overlooked is the fact that a lot of fans were turned off by the NHL and the NHLPA's decision to shut the league down for two days in a show of solidarity with the NBA and their protest against police brutality and racial injustice.

Suffice it to say that things aren't exactly hunky dory in the NHL's front office these days.