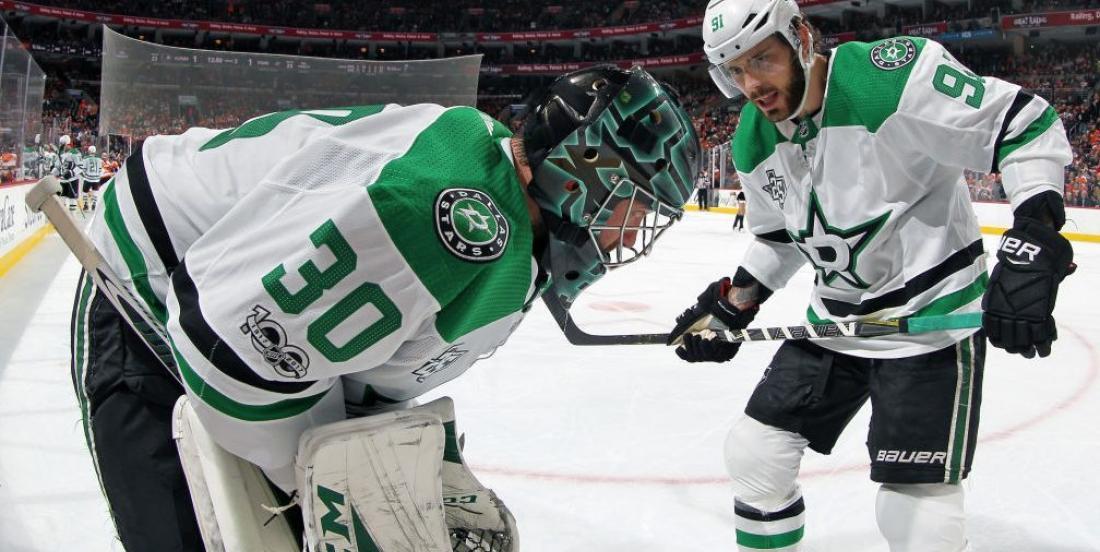 The Dallas Stars have announced that goaltender Ben Bishop and forward Tyler Seguin will be out approximately five months from the date of their respective surgeries.

Seguin underwent a “right hip arthroscopy and labral repair” in New York on Monday, while Bishop had “right knee surgery to repair a torn meniscus” in St. Louis on Oct. 21. If the timelines holds true that would mean that Bishop could return March 21, with Seguin targeting April 2. The NHL is hoping to get the 2020-21 campaign underway on Jan. 1, though no concrete details on schedule or season format have been announced. However, this would mean that the Stars would be without their star players for a long stretch of the calendar.

It was made known to the public that Seguin played through a torn labrum in his hip during the postseason, in addition to a lingering knee injury. He managed to put up 13 points in 26 postseason games, but did not score in the Stars’ final 15 playoff games.

As for Bishop, he had ungergone knee surgery in May, but was expected to be in net for the Stars to play on a full-time basis in the playoffs. He ended up only playing three games in the postseason as Anton Khudobin started 24 postseason games, with Jake Oettinger as his backup.

The Stars made it all the way to the Stanley Cup final, but lost the championship in six games to the Tampa Bay Lightning.

If there is one positive about Bishop’s absence is that it will allow Oettinger to see more ice time in the upcoming season. As for the rest, well, it is a tough blow for the Stars, but with the uncertainty of the 2020-21 campaign, it might be the best time for Bishop and Seguin to recover.