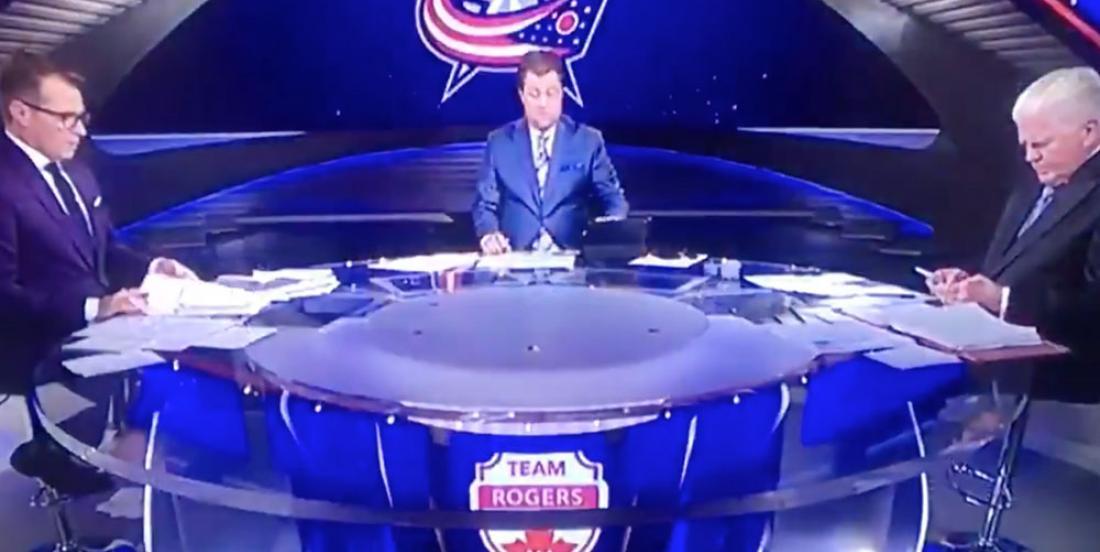 Awkward, uncomfortable, cringing moment on TV and you bet, this made for a great TV moment on Sportsnet.

During the first round of the 2020 NHL Draft, the Columbus Blue Jackets made the decision to select forward Yegor Chinakhov with the 21st pick overall.

As soon as general manager Jarmo Keklainen made the announcement, the entire panel on Sportsnet was shocked, speechless, unable to say anything about the 19-year-old player that had just been selected.

No one was able to talk about the kid, his performance or talents, all looking at their papers and phone for a divine intervention. Even on social media, many pundits and experts were left stunned, unable to comment the Blue Jackets’ pick.

Per Blue Jackets insider Aaron Portzline of The Athletic, Chinakhov was rated 30th among European skaters by the NHL’s central scouting. He currently has five goals and seven points in 12 games played for Omsk in the KHL this season.

He was not even on the board waiting to share his reaction to Sportsnet and NBC as no one expected him to get selected this early.

We love it when we have a surprise pick in the mix! And this one offered us a funny TV moment.