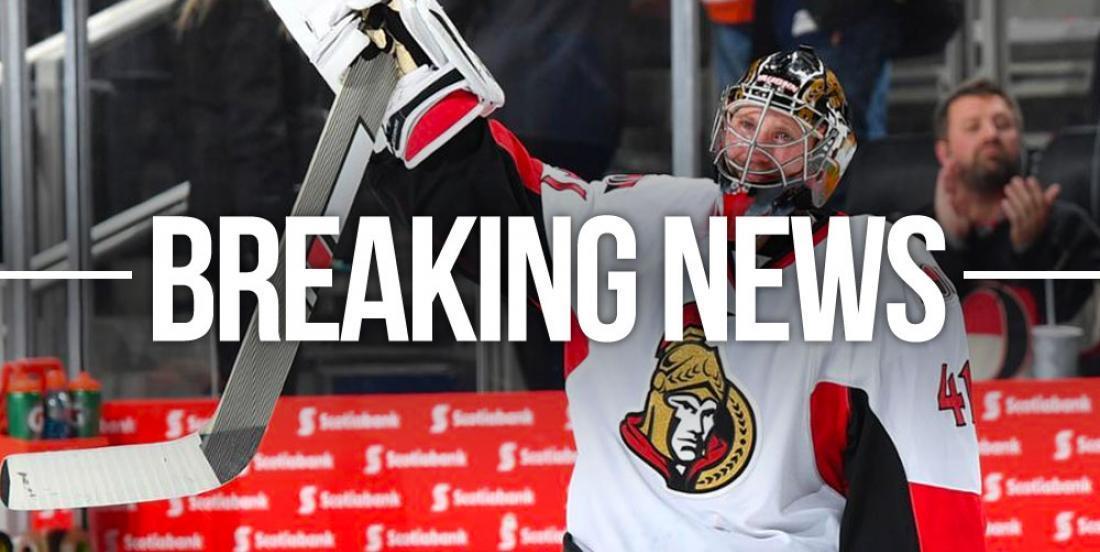 The Ottawa Senators and general manager Pierre Dorion has made it official on Wednesday, announcing the end of an era in the nation’s capital. Veteran goalie Craig Anderson won’t be offered a deal for the upcoming season and won’t return to the Senators’ lineup.

“He’s the best goalie we’ve ever had,” said Dorion. “It’s time for us to take another direction and we thank him for everything he did.”

According to team insider Bruce Garrioch of the Ottawa Sun, “the plan right now is for the Senators to go with Anders Nilsson and Marcus Hogberg whenever the 2020-21 campaign gets under way and there’s been no shortage of speculation that Ottawa has been amongst a number of teams kicking tires on the goaltending market which is flush with talent at the moment.”

Anderson suited up for the club’s final game before the NHL went on pause March 11 in 3-2 loss against the Los Angeles Kings at the Staples Center and won’t get a farewell in Ottawa.

Now, we wonder if he will be signed elsewhere for the upcoming season or if it smells like retirement is creeping in. We’re just over two weeks from free agency and time is ticking for Anderson, or who knows, might be over.

A lot happening in Ottawa.