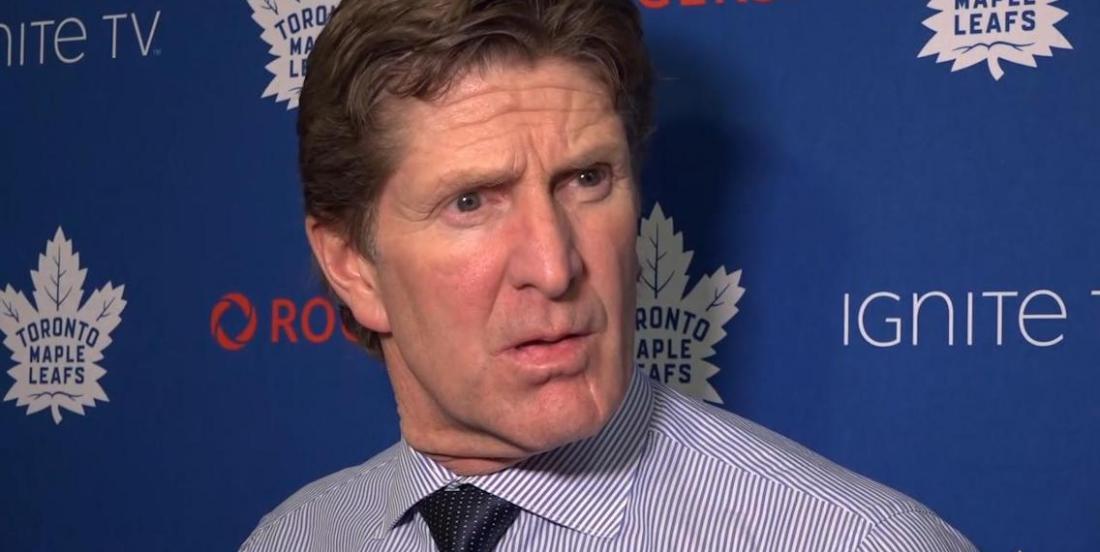 The Washington Capitals might have named Peter Laviolette as the new head coach of the franchise, it sounds like the job was almost given to someone else : Mike Babcock.

Elliotte Friedman wrote about the hiring of Laviolette in Washington in his latest 31 Thoughts column, and revealed why Babs didn’t come out on top despite getting a lot of consideration from the Capitals because his interview went so well.

Caps general manager Brian MacLellan only interviewed Laviolette and Babcock face-to-face due to the challenges of the coronavirus pandemic. And the noise surrounding Babs’ past and behaviour is why the Capitals passed on him for the job. Here is how Friedman explains it:

“The moment the Capitals committed to a coaching change, word filtered that Laviolette was the favourite. During the hiring’s media conference, GM Brian MacLellan said there were two in-person interviews. Those were Laviolette and Mike Babcock. There was a conversation with Bruce Boudreau, but it didn’t go far. There was a zoom connection with Gerard Gallant, but border quarantines affected his candidacy. Because MacLellan was in the U.S. and Gallant in Atlantic Canada, face-to-face meetings were logistically challenging.

Babcock’s interview apparently came during some kind of socially distanced family dinner/cookout, and there was some buzz it went so well it tightened the race. (MacLellan would not comment.)

In the end, I think Laviolette was the choice anyway. However, another coach told me that he believed Washington was a little concerned about the “noise” around Babcock, especially since we don’t know when next year will begin. Without games, the focus is on the past, not the present or future. To be honest, I’m not sure Babcock would be crazy about that reality either. For the time being, he remains a guest coach at NCAA Vermont, helping the Catamounts prepare for their season.”

We all know the heat that’s been on Babs even since he lost his head coaching job with the Toronto Maple Leafs back in November. As you may remember, there were abuse allegations were made against Babs during his time in Detroit. There was also the whole incident with his player Mitch Marner in Toronto: it was revealed that Babcock forced a 19-year-old Marner to make a list of all the players on the team, singling out the players who he viewed had the worst work ethic. Since the incident was made public, many have denounced Babcock, condemning the former head coach for putting Marner through such an ordeal and even accused Babs of trying to put his players against one another.

The “noise” Friedman is referring to is likely all that baggage that now comes with Babcock and fans’ reactions on social media when it was rumoured that he could be getting the job in Washington.