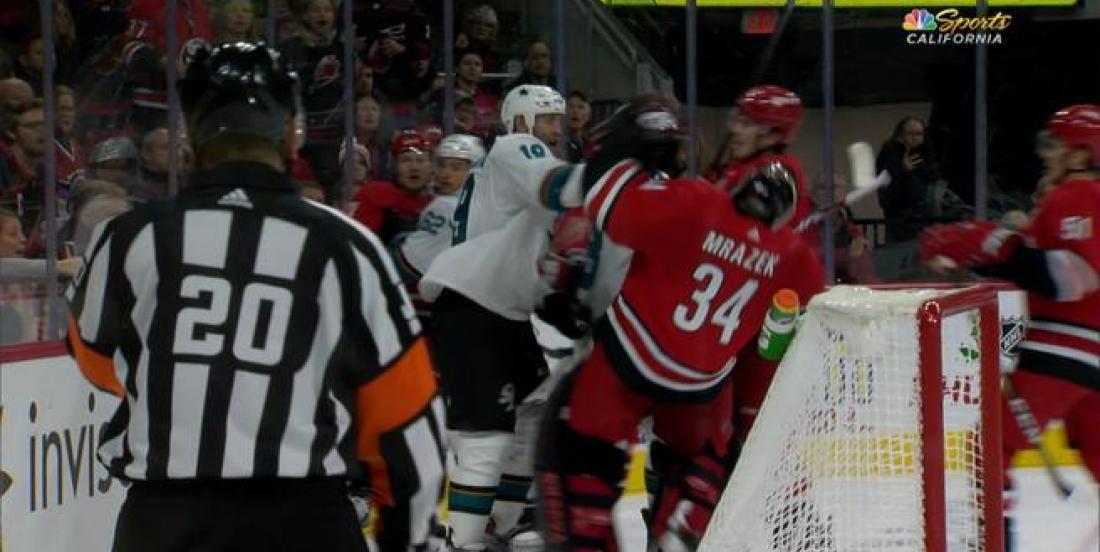 The highlight of last night’s game between the Carolina Hurricanes and San Jose Sharks, which ended with a Canes’ win in a shootout, came midway through the second period when all Hell broke loose and veteran beloved player Joe Thornton was at the centre of it all.

After the game, reporters wanted to know more about what drove Thornton to drop him so, and the veteran player had the best answers to what took place on the ice.

By the way, no hard feelings, Thornton believes this is just part of the game.

“Just a hockey play. I think we were both just having fun and just, boys being boys. A little bit of excitement.”

Then, he was asked if he was surprised that Mrazek dropped ithat easily. Thornton had the best answer to that question.

You gotta love the man!

On Friday morning, Sharks insider Kevin Kurz of The Athletic investigated with the NHL to see if the league was going to review and possibly suspend Thornton for his actions. As we all hoped, Thornton won’t face any discipline from the league for punching Mrazek.

You gotta let’ em have fun and just be boys, right Joe?