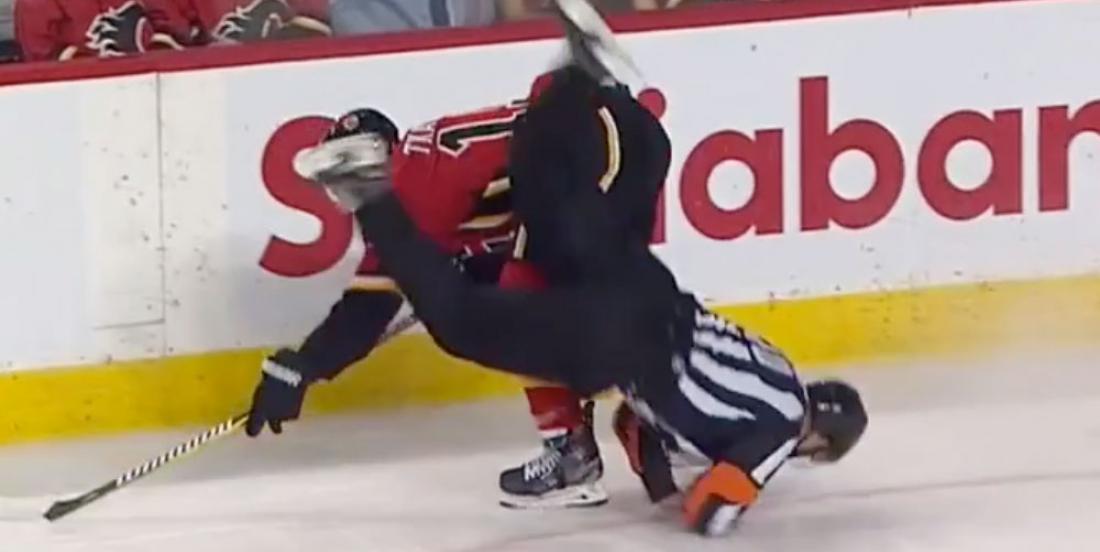 We all know how Calgary Flames forward Matthew Tkachuk can be physical on the ice, and well, one referee found out first hand on Thursday night.

During the second period of the contest between the Flames and Buffalo Sabres, Tkachuk inadvertently checked the official as he turned out to retrieve the puck.

Thinking he was a rival, Tkachuk did not stop his movement… until he realized the “player” was wearing stripes.

Right away, the Flames top forward stopped playing and apologized to the referee, while checking on him to see if he was alright.

The official did not appear hurt, got up right away and even had a good laugh about it.

Tkachuk was not sent to the penalty box - OF COURSE - and shook his head on the way to his team’s bench.

He probably was looking to get away from bad karma. Wouldn’t you say the Flames have had enough lately?