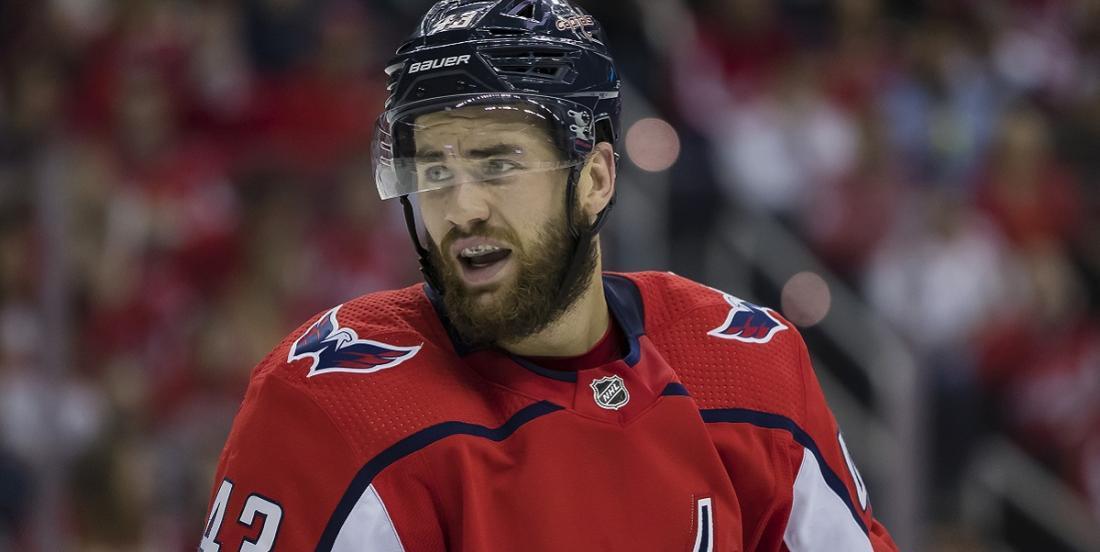 The match ups between the Carolina Hurricanes and the Washington Capitals may quickly be turning into one of the most heated rivalries in the National Hockey League, so much so that even the coaches are now getting involved.

On Sunday afternoon the Capitals and Hurricanes were facing one another in the final game of the preseason and things got pretty intense between the two teams. There were plenty of hits on both sides of the ice, including some questionable ones, but it was an incident that took place in the second period that is making all the headlines this evening.

During the second a scrum ensued in front of the Carolina Hurricanes bench and unsurprisingly at the center of it all was Washington Capitals agitator Tom Wilson. Wilson of course is known for his love of getting under the skin of his opponents and he seemed to be trying to do just that against the Hurricanes on Sunday. It seems fair to suggest that the Capitals may have been on for some revenge after the Hurricanes injured forward T.J. Oshie late in the regular season during the 2018 - 2019 NHL campaign, and things truly boiled over in front of the Canes bench. Wilson was there seemingly trying to fight every member of the Carolina Hurricanes that would be willing to engage him, but he was eventually dragged away by two officials who gave him a 2 minute minor as well as a 10 minute misconduct. The penalty was clearly designed to cool off both sides during what was an exhibition game, but there was not much there to warranty a 10 minute misconduct.

It seems however that while Wilson was in front of the Hurricanes bench, he got an earful of something that he was not expecting. Following the game Wilson spoke to reporters and was quick to call out the Hurricanes coaching staff over what he felt was inappropriate behavior. Wilson claims he was being chirped by a coach, and although he never named anyone it certainly sounded like he was talking about Rod Brind'amour.

"I was pretty calm until some words came from their bench and it wasn't the players so we'll leave it at that. He's clearly an emotional guy but I don't think, you ask anyone around the league, coaches chirping players is appropriate."

It was not just Wilson who made these comments however. Capitals head coach Todd Reirden was also asked about the incident in front of the Hurricanes bench and he had some strong words to share regarding the coaching staff of the Hurricanes as well. Reirden also did not name any names, but it certainly sounded like he was talking about Brind'amour.

"That is something that I strongly, strongly disagree with is a coaching talking to a player from the other team and I had some comments for their bench as I walked off between periods. You don't get a chance to play anymore when you are a coach so you shouldn't be talking to someone who is playing and to me, that is off-limits and that is something I have always believed as a player, as a coach. No coaches should be yelling at players from teams because you have no chance to go out and do anything about it and hockey is a special game and in respect to the battle and the compete and enthusiasm and all the passion that is out there, but it is for the players and when the coaches get involved, to me that is wrong"

I for one can't wait to see the next matchup between these two during the regular season.

For more of the big stories around the league check out these recent headlines:

Evander Kane slashes and shoves a referee in final game of the preseason.