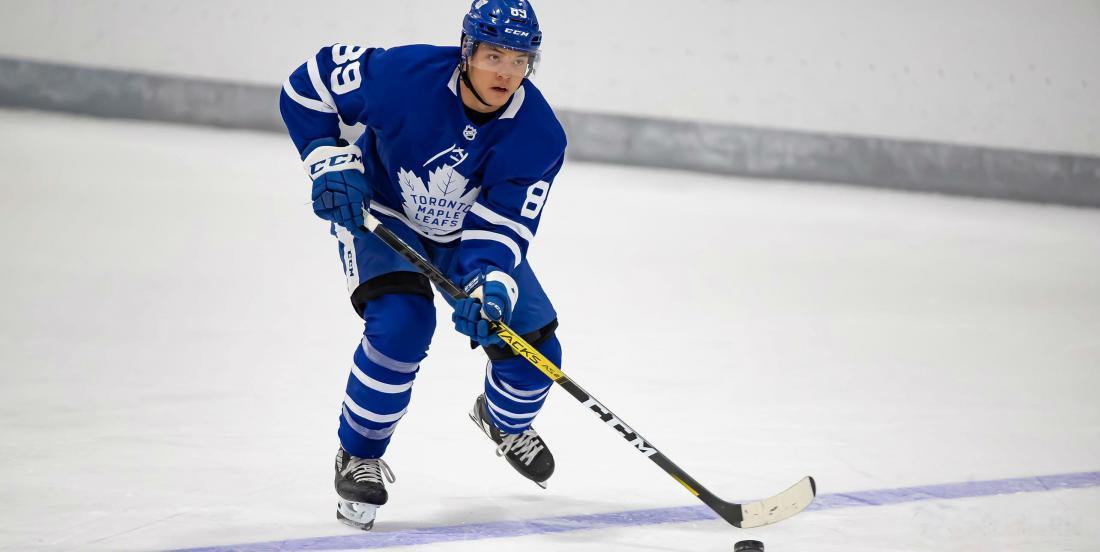 Another forward for the Maple Leafs.

Normally around this time of year we would be discussing the fallout from the National Hockey League Entry Draft as well as the free agent frenzy in the NHL but those things have taken a backseat this year as a result of the COVID-19 pandemic. It also means for some young players that their development will in many cases be delayed as a result of the large pause on this current NHL season, some of which are among the best young up and coming NHL stars of the future. On Monday NHL analyst Scott Wheeler took a close look at those top prospects, those that have already been drafted by NHL teams, waiting in the wings for their shot at the NHL and in the case of the Toronto Maple Leafs the findings were quite positive.

The Maple Leafs already boast a ton of talent at the forward position currently but it sounds like prospect Nick Robertson may soon be commanding one of those tightly contested positions on the Maple Leafs main roster. Robertson managed to just make it into the Top 10 on the list, finishing 10th among all prospects at any position in the NHL. The Leafs are likely grinning from ear to ear after drafting Robertson in the second round (53rd overall) of the 2019 NHL Entry Draft as following that draft he went out to have what can only be considered a breakout season. After admitting that he had been deferential to the older players on his team Robertson set out to prove himself as a goal scorer this season and boy did he ever succeed. Robertson put up 55 goals, eclipsing his previous total by nearly 30 goals, and added 31 assists for a combined total of 86 points in just 46 games as a member of the Ontario Hockey League's Peterborough Petes.

There have been some criticisms of Robertson, both his reckless style of play and his almost single minded focus on the net at times can get him into trouble, but those are the kind of things that an NHL development program is going to hone over time. His offensive skills, including his dynamic wrist shot, are already turning heads and even have some suggesting that we may see him in the 2020 Stanley Cup Playoffs with the Maple Leafs.

Here's a look at the kid in action: