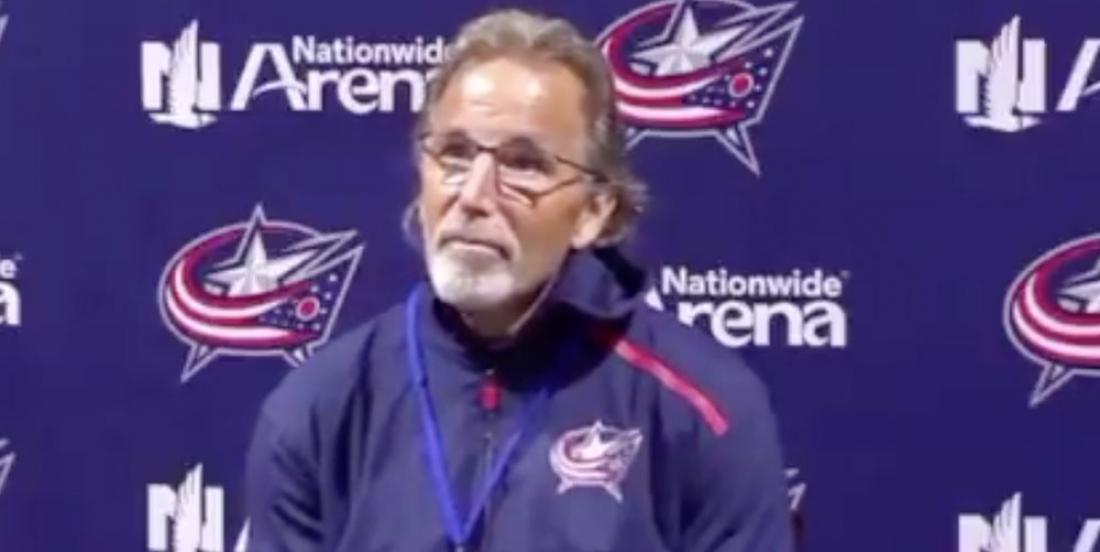 We all know the upcoming 24-team playoff tournament will be different from everyone, especially since there will be no fans in attendance at the games in both hub cities of Edmonton and Toronto.

For months, we’ve known that some things will be unavoidable : there are going to be things that fans are going to hear that are both good and bad.

When it comes to the F-bombs and swear words, one guy that has never shied away from them is Columbus Blue Jackets head coach John Tortorella.

On Thursday during a press conference with Columbus’ media members, the 62-year-old was asked whether he cares if a mic picks up any profanity from his players.

Torts being Torts, you know he just had the best answer for that question. He e simply said he doesn’t “give a s@!t.”

What else would you expect from Torts?

Tortorella is one honest guy, and we do not expect to miss out on his intensity during the qualifying best of five series against the Toronto Maple Leafs.

On Wednesday, Torts was named a finalist for the Jack Adams Award, presented annually to the NHL’s coach of the year as voted on by the National Hockey League Broadcasters’ Association. Bruce Cassidy of the Boston Bruins and Alain Vigneault of the Philadelphia Flyers are the other two finalists. This season marks the fifth time Tortorella has been named a finalist for the award as he won it in 2016-17 with Columbus and 2003-04 with the Tampa Bay Lightning.

You gotta love the guy and be exciting to hear what he has to say to his players and the referees when play resumes, with no one in the stands to hide his every word.