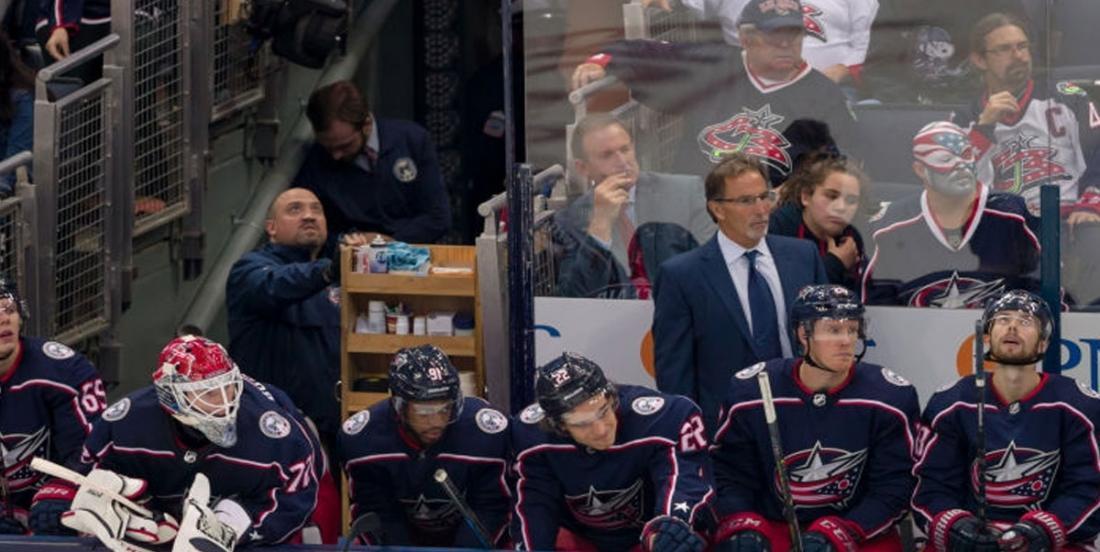 The fiery head coach is at the centre of yet another controversy...

The Columbus Blue Jackets made a shocking announcement this morning: star goalie Sergei Bobrovsky will not suit up for Thursday’s game against the Nashville Predators , according to GM Jarmo Kekalainen.

“There are certain expectations and values that we have established for our players that define our culture,” Kekalainen said in a press release. “An incident occurred in which Sergei failed to meet those expectations and values, so we made the decision that he would not be with the team for tonight’s game. This is an internal matter and we will have no further comment at this time.”

No one is aware of the mysterious incident, and this surely creates more speculation, and the motivation for somebody to dig up the real dirt... TSN's senior hockey writer Frank Seravelli made some interesting comment following the announcement, reminding us that the Russian netminder was pulled after four goals in Tuesday's 4-0 loss at the hands of the Tampa Bay Lightning.

"They had an exchange as Bob exited. Tortorella said this morning he considered pulling Bob after 3 GA. "Game's over. I know I wanted to have him here vs. Nashville. I did not want him getting scarred any more."

Once Seravelli posted this on his Twitter account, his colleague Darren Dreger added that Bobrovsky possibly didn't return to the team's bench once he was pulled from the game. This could have angered GM Kekalainen and failed to meet the club's expectations and values...

Other will say that, once again, Torts is driving another good goalie out of the town.

We all remember what happened in Vancouver with Roberto Luongo and Tortorella... The Canucks hosted the Heritage Classic during the 2013-14 season and Luongo was slated to start the marquee game. However, out of nowhere, Tortorella decided to go with his gut and start Eddie Lack instead.

Unsurprisingly, Luongo wasn't' happy about this. Neither was the Canucks fanbase, who chanted Luongo's name during the game, which the Canucks lost. For Luongo, it was the last straw, and he demanded a trade, which he got.

Are we now seeing the same thing taking place in Columbus? Is there a bad relationship between Torts and Bobrovsky, who could decide to up and leave at the end of the season. After all, he is set to be an unrestricted free agent this summer, and a very coveted one indeed. The Jackets might have no other choice but to trade him shortly instead of losing him for nothing this summer...

While there are still many questions on what is happening with Bobrovsky and the mysterious incident, another question will be: is Tortorella responsible for Bobrovsky’s suspension?