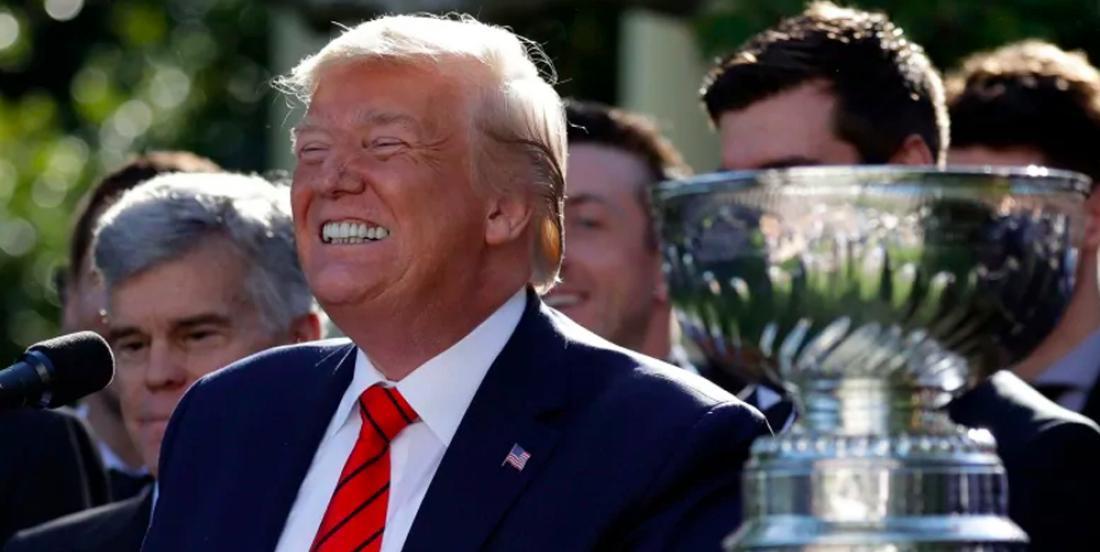 In case you missed it this past weekend, American President Donald Trump conducted a conference call with leaders from the NHL, NFL, NBA, MLB, NASCAR, MLS, PGA, LPGA, Breeders’ Cup, UFC and WWE in the hopes of discussing the current lack of professional sports in America and coming up with a solution.

During the call, which one executive described as very "Trump" full of confidence and aspirations but short on actual plans or ideas, Trump expressed his wish to have the leagues back in operation and playing in front of fans by August.

That assertion, that the leagues will be back in business by August, has earned Trump some criticism from sports fans and politicians alike.

That is a great deal of optimism to be sure but, how realistic is it? California governor Gavin Newsom has, for one, has completely derailed Trump's optimism. Newsome, a Democrat, made it clear that he does not agree with the President's optimism, and went so far as to suggest that he does not see a way in which that could happen over the next few months at least.

I'm not anticipating that happening in this state," Newsom said as per SF Gate. "We've all seen the headlines over the last couple days in Asia where they opening up certain businesses and now they're starting to roll back those openings because they're starting seeing some spread and there's a boomerang. One has to be very cautious here, one has to be careful not to overpromise."

Honestly... I can't take many more months of this. Arguing over who's right and who's wrong... just please give me some hockey to watch to escape from the 24 hours news cycle...