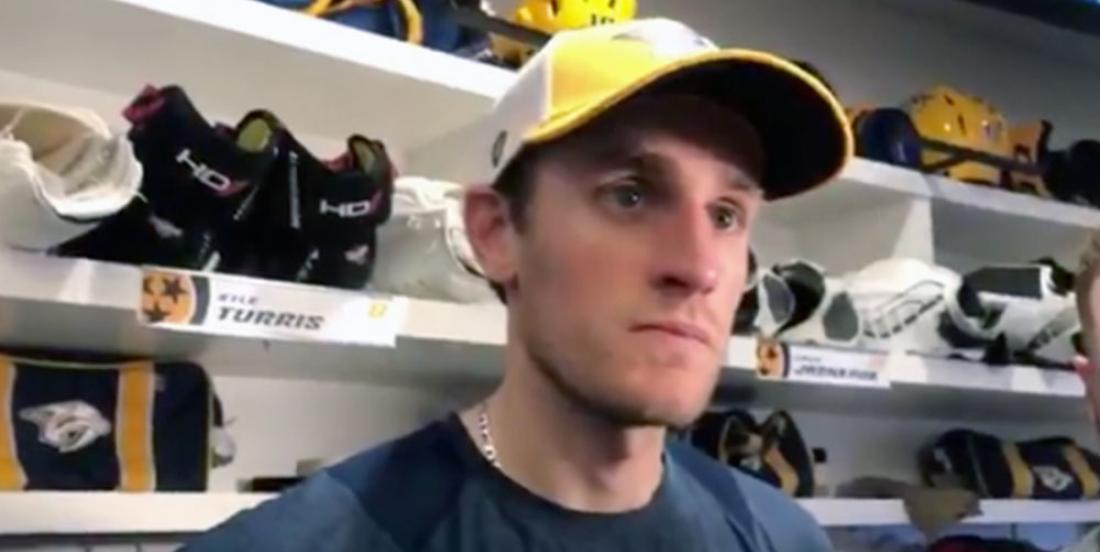 The Preds are now a woeful 3-5-2 in their past 10 games and are now riding a two game losing streak. The Preds are now 6th place in the NHL’s Central Division and well out of a playoff position. For a team with so many expectations and with so much talent… the Preds simply haven’t been good enough. It’s getting to the point now where something’s GOT to give… it’s just a matter of who, what, when and how.

Many angry Preds fans are calling for head coach Peter Laviolette to be replaced and…. Well we can’t blame them. While the team has floundered this season, Laviolette seems to have developed a weird obsession with forward Kyle Turris. Prior to last night’s game, in which Turris scored the tying goal midway through the third period, Turris had been scratched in seven straight games.

How good do you think this felt for Turris?

So, what does Turris think himself? He thinks he’s doing just fine, thanks very much.

Check out Turris comments following last night’s loss in which he throws some subtle shade at his head coach for scratching him:

That’s a passive-aggressive shot if I’ve ever seen one. You know what though? It might not even matter, with how poorly this season has gone for the Preds so far, Laviolette may be on the way out regardless of how badly he has bungled the Turris situation.