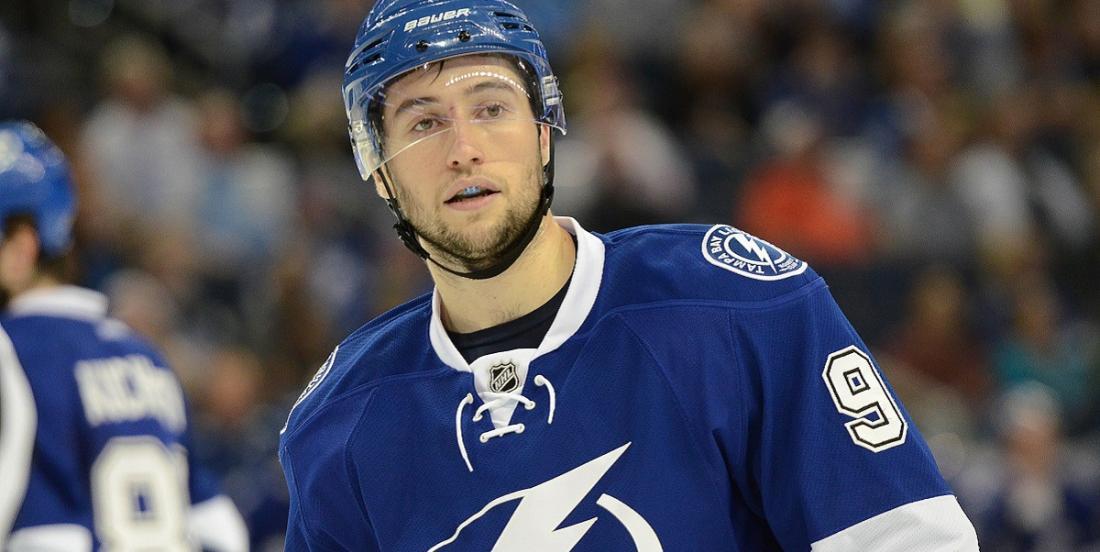 On Friday the Tampa Bay Lightning stunned many fans and pundits alike when they made the bold decision to place veteran forward Tyler Johnson on waivers, the move reportedly coming after Johnson refused to accept a trade deal using the no-movement clause that he negotiated into his current contract. There was a belief from some that one of the many teams with cap space to work with in the offseason could consider putting in a claim for Johnson, but that has not been the case.

National Hockey League insider Pierre LeBrun is now reporting that Tyler Johnson has in fact cleared the waiver wire, meaning that no team in the NHL was willing to pick up his contract through waivers. Johnson, who just turned 30 in July, is currently entering the 4th year of a 7 year contract he signed with the Lightning, one that currently sees him earning an average annual value of $5 million per season and that cap hit it seems was enough for every team in the league to steer clear.

It is true that Johnson is coming off Is it true that Johnson is coming off what many considered to be a down year for him with the Lightning, he recorded 14 goals and 17 assists for 31 points during the 65 game regular season that was cut short by the pandemic, but he is just one year removed from putting up 29 goals for the Lightning over an 80 game season. His playoff performance with the Stanley Cup Champions, 4 goals and 3 assists for 7 points in 25 playoff games where he finished with a plus minus rating of -6, also likely hasn't inspired confidence.

That being said the actually money on this deal makes it the kind of contract that should have in theory made him attractive to floor teams. Although Johnson's cap hit is $5 million, 3 of the lowest earning years on his contract come during the remaining years on his deal, including two seasons at just $3.75 million in real money.  The team's in a position to take Johnson off the Lightning's hands likely realize that they can extract additional assets out of Tampa Bay for doing so, much in the way the Red Wings did in their trade for Rangers defenseman Marc Staal earlier in the offseason but that will require Johnson to waive his no-trade, something he seems unwilling to do.

Pierre LeBrun has suggested that floor teams could also potentially use Johnson, a native of Spokane, Washington, as bait for Seattle in the expansion draft, but as he himself acknowledges that would be a risky proposition.

It will be very interesting to see what the Lightning, a team that seems determined to move on form Johnson, are prepared to do next.