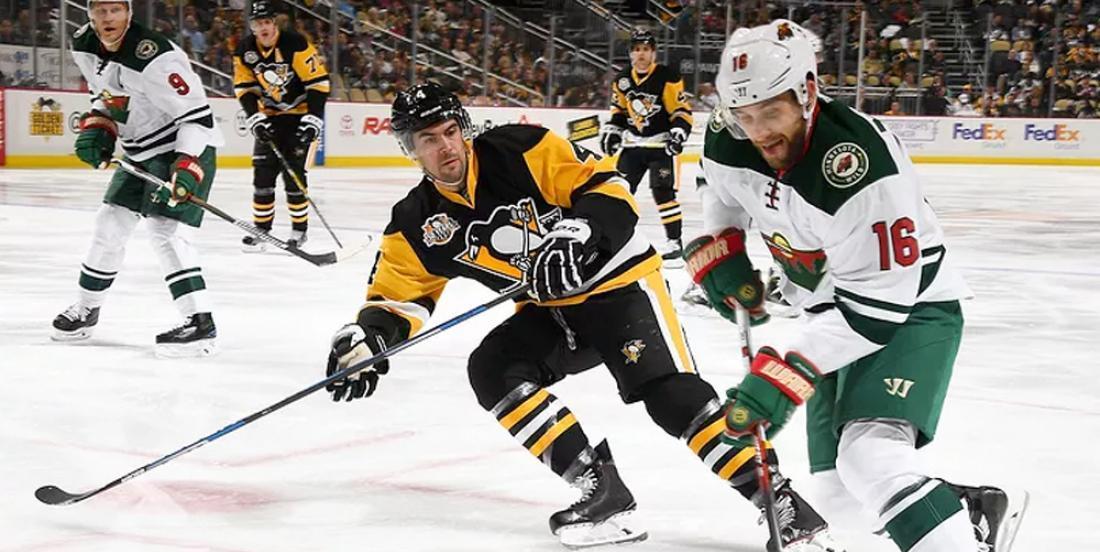 Finally! The Wild and Pens pull off a BIG deal!

This just in, the Minnesota Wild have traded forward Jason Zucker to the Pittsburgh Penguins in exchange for Alex Galchenyuk, a 2020 first-round pick and Calen Addison.

The 28 year old Zucker has been in trade rumors for well over a calendar year now. The 28 year old has 14 goals and 29 points in 45 games for the Wild so far this season. The early reaction is that Wild GM Bill Guerin did VERY well for himself in this trade by not only acquiring a 1st round pick, but also a promising prospect in Calen Addison and a useful player in Alex Galchenyuk, as well.

Galchenyuk, of course, was acquired by Penguins GM Jim Rutherford in exchange for superstar Phil Kessel this past offseason. The 25 year old former 3rd overall pick has struggled mightily in Pittsburgh though, putting up just five goals and 17 points in 45 games. As for Addison, the 19 year old defenseman has an impressive 10 goals and 43 points in 39 games with the WHL's Lethbridge Hurricanes this season. He was selected in the 2nd round (53rd overall) by the Penguins in the 2018 NHL Entry Draft.

Update: The Penguins have officially confirmed the trade.