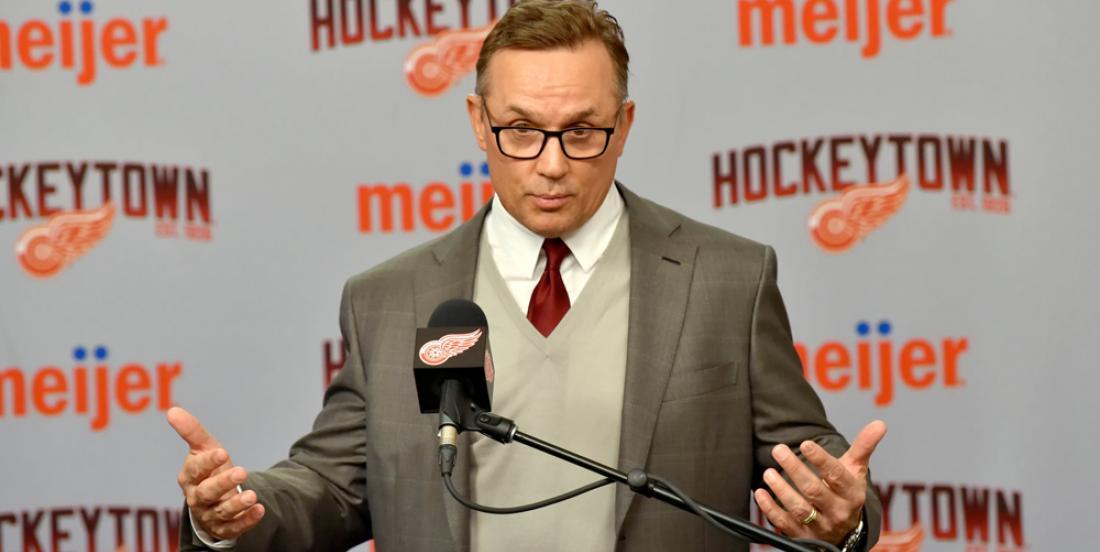 With the Detroit Red Wings finding out yesterday that their 2019-20 season is officially over, general manager Steve Yzerman has turned his focus to the offseason.

With a historically poor showing this past season, there’s obviously a LOT for Yzerman and his management staff to address. The 2020 NHL Entry Draft will be the most impactful event of the offseason for the Red Wings, but their most significant change this offseason will come behind the bench. Or will it?

Most Red Wings fans have assumed that head coach Jeff Blashill will NOT be back with the club in 2020-21. After all, the Red Wings have missed the playoffs in all but one of the team’s five seasons under Blashill and the head coach’s contract expires on June 30th. So… you have a bad team with a coach on an expiring contract. As luck would have it, two of Yzerman’s good friends, Gerard Gallant and Guy Boucher, happen to be world class coaches without contracts. No brainer, right? Flip a coin and hire either Gallant our Boucher. Hell, you could even clean house by firing all of Blashill’s staff and hiring both Gallant and Boucher as the foundation for an all new coaching staff.

Well… think again because Blashill is back.

This obviously set Red Wings fans into an absolute fit online. Blashill has proven time and time again that he’s not capable of guiding this team to anything more than a lottery finish. He needs to be replaced and, as luck would have it, two well respected and highly regarded replacements are out there just waiting for the phone to ring. WHAT GIVES!?

My take: I don’t believe much of what Yzerman says until it's proven to be true.

Yzerman is no dummy and he has a history of saying one thing to the media and then doing whatever he feels is best for his team regardless of what he said. Remember when he denied the reports that he was leaving the Tampa Bay Lightning to join the Red Wings? Yeah… now he’s the Red Wings GM… like we all knew he would be.

In this case, we all know that Blashill won’t be back, but Yzerman is saying that he will be. Yeah… sure, Stevie. We’ll see…