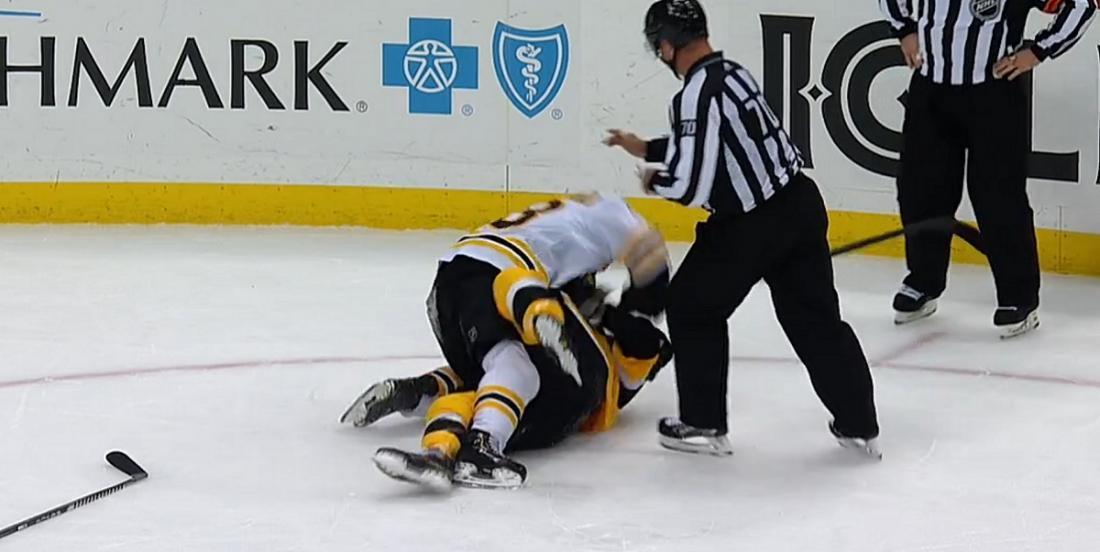 It is like these two forgot that there was a game going.

The Boston Bruins faced off against the Pittsburgh Penguins on Sunday afternoon and unfortunately for the Penguins things got pretty ugly for them relatively early. The Bruins fired off 3 straight goals to start the game's first period and it seems fair to suggest that the Penguins were playing pretty frustrated from that point forward. It was not until much later into the game however that we got this incident.

There was roughly 7 minutes left on the clock in the game's second period when Letang decided that he was going to lay the body on Marchand, who was skating along the boards with the puck at the time. Marchand managed to get his clearing attempt off but Letang was right behind hit, punishing the Bruins' agitator with a big hit that took both men out of the play. It was what came next however that is now getting all of the attention.

Marchand was not about to let Letang get away with that one so when he got up he made sure to shove his glove into the face of Letang, resulting in quite the exchange between these two. Both men proceeded to trip each other up as they both tried to regain their feet and get back into the play, but each time one looked like he might get away his opponent was there to drag him back down. After several seconds of this rather ridiculous behavior the official finally signaled for a stoppage in play and took matters into his own hands, penalizing both players an sending them to the box to reflect.