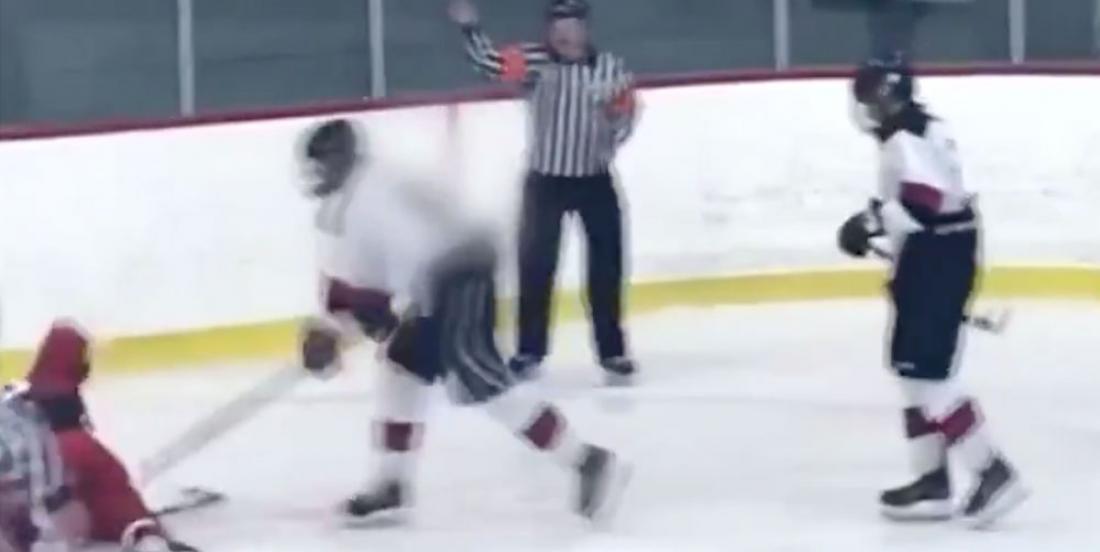 A young hockey player has just gone viral, but for all the wrong reasons which could land him in jail.

During a game, the player snapped and used his stick to lumberjack chop a rival player on the back and then at his head.

The video of the game, which took place two weeks ago during a tournament in St-Bruno-de-Guigues, has gone viral on social media on Tuesday.

The Rouyn-Noranda Aces, in the midget BB category, faced the Lumberkings of Hearst, Ontario. The player from the Lumberkings is the one in hot water for this brutal move:

The incident took place during the final of the tournament.

after the Aces scored a goal, a Lumberkings player hit an opponent on the back, which collapsed on the rink.

As for the parents of the victim, who sustained a concussion, they have informed Radio-Canada that they are considering filing a complaint with the Sûreté du Québec (police).