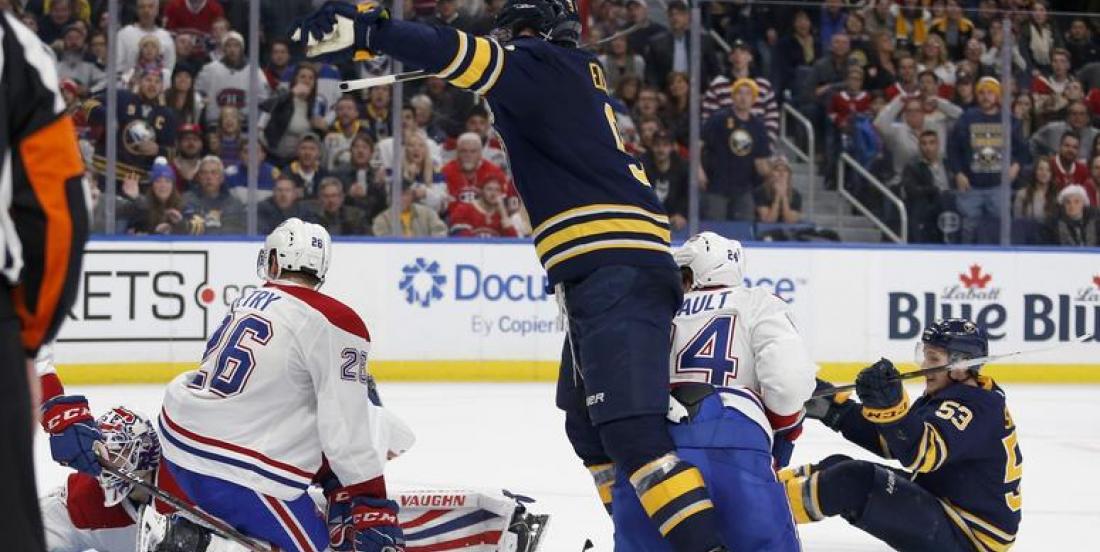 The Montreal Canadiens and Sabres gave fans a great show in Buffalo last night, pushing the game to overtime with the home favourites winning 5-4.

However, that is not the reason why 30 scouts from across the National Hockey League attended the game in Buffalo. According to Elliotte Friedman of Sportsnet, 30 scouts were present to take a look at defensemen Rasmus Ristolainen, who remains on the trade block since his name surfaced in chatter this summer.

The 24-year-old blue liner is looking for a fresh start, which the Sabres are willing to keep to him, and it seems like he was on display last night to get something done sooner rather than later.

Ristolainen is a right hand shot defenseman, and that market is scarce in the NHL - it makes sense to see that many scouts made the trip to watch him play.

Friedman believes the Winnipeg Jets and Dallas Stars were in the stands to see him in action. As we know, the Jets are dealing with many injuries and absences on the back end and could use help there. A trade might be the answer.

Ristolainen is a heavily scouted player at the minute and it showed last night during the Sabres’ 5-4 overtime win over the Canadiens.