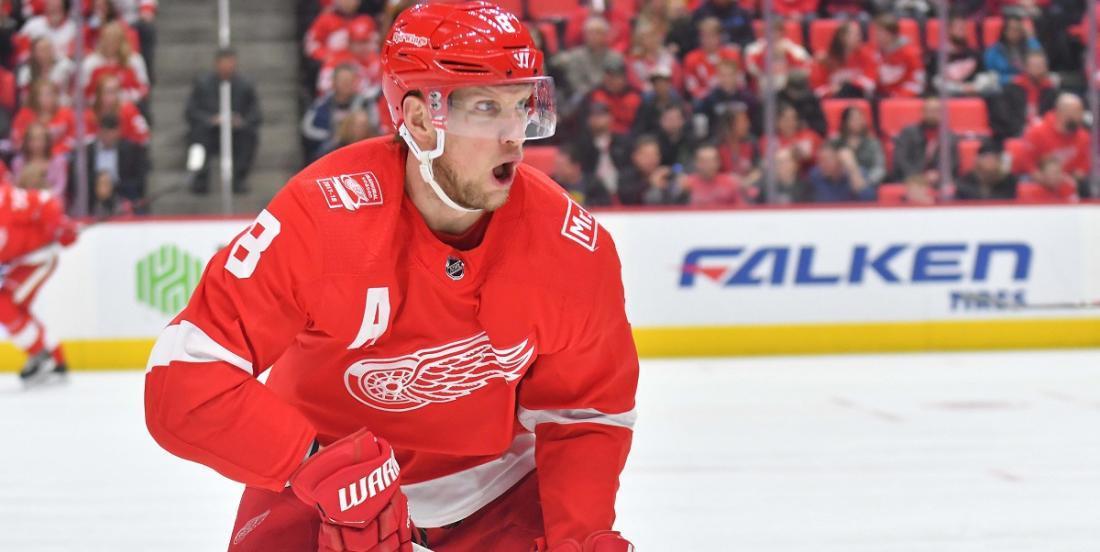 Every single year Detroit Red Wings insider Ansar Khan grades the performance of individual Red Wings players, assessing how each player contributed regardless of the overall performance of the team on the ice. This most recent season was among the worst in the history of the franchise so I suppose for that reason it should come as no surprise that several prominent players on the roster received the lowest possible grade from Khan this year, a "F" rating. Khan is always a fair critic and it is perhaps for that reason that I was surprised, although admittedly I shouldn't be, to see him rate some big names so poorly.

Here are the four players that Khan felt deserved the lowest possible grade for the 2019 - 2020 NHL regular season.

Since being awarded a big time 7 year deal worth under just $30 million in total back in 2015, courtesy of general manager Ken Holland I might add, Abdelkader has been a lightning rod for criticism in the Red Wings fan base. Never was that criticism louder than in this most recent season however, a season that you could easily argue was the worst of his career. Abdelkader managed no goals and just 3 assists over a whopping 49 games played, finishing the season with an ugly plus minus rating of -14. The worst part though is that there are still 3 of those 7 seasons remaining on his contract.

Nielsen, like the aforementioned Abdelkader, is coming off arguably the worst season of his professional career. The 36 year old center had just 4 goals and 5 assists for a combined 9 points over 60 games this season, finishing with a plus minus rating of -13. The worst part here for the Red Wings is that the final 2 years of Nielsen's deal contain significant signing bonuses. This effectively protects him from a buyout which means the Red Wings will likely continue to use hin moving forward.

Once a top 15 pick in the NHL draft Perlini has simply never lived up to expectations. After the Coyotes gave up on him and traded him to the Blackhawks he played just 47 games for that organization before joining the ranks of the Red Wings. He only had a short stint with the Red Wings this season, putting up 1 goal and 3 assists for 4 points in 39 games, but his lack of offensive production his plus minus rating of -18, and his status as a free agent all likely mean we have seen the last of him in a Red Wings uniform.

Definitely the most depressing name on this list the long time Red Wings goaltender took a one year gamble on himself and it did not pay off. Howard made 27 appearances for the Red Wings but recorded an ugly 4.20 goals against average and an equally abysmal .882 save percentage. It is fair to say that the players in front of him were not giving him much help on a nightly basis, but even then he was clearly outplayed by career backup Jonathan Bernier who managed to put up better numbers with the same team in front of him. The writing appears to be on the wall for Jimmy Howard now, and this would be a sad end to his impressive career with the Red Wings.