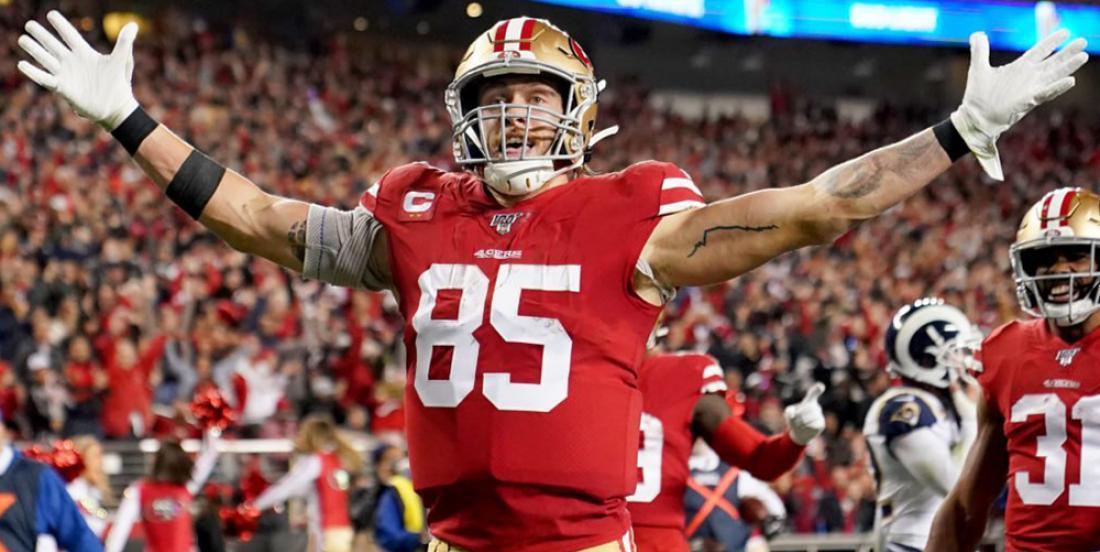 San Francisco 49ers tight end George Kittle may not be able to skate, but that hasn’t affected his love for the game of hockey.

During a recent interview with Adam Vingan of The Athletic, Kittle gushed about his love for hockey and spoke openly about his friendship with Nashville Predators forward Filip Forsberg.

“It’s been really fun to be friends with someone in another sport. I think hockey is the hardest sport because I can’t skate to save my life. I don’t understand how they can move like they do,” Kittle told  [The Athletic’s Adam Vingan . “I have an appreciation for it, and being able to be a friend with one of the best hockey players in the NHL has been pretty cool for me.”

The one quote that sticks out most:

“… hockey is the hardest sport…”

Kittle went on to gush about his friend Forsberg and his skill.

“The fact that Fil is more comfortable on skates than he is on land or grass is just insane to me,” Kittle said. “I have the fake ice and a hockey goal and I get out and shoot sometimes, especially now when I’m stuck at home. I don’t know how they do that stuff while on skates. Everything that they do, they’re playing at high speed at all times. It’s physical. It’s a grind. It’s a ton of games. You’re traveling everywhere. I just respect the grind.”

You know what they say, “game recognize game.”

For the full article from Vingan, click the link below: