As it turns out some five year old kids are pretty tough.

A young fan attending a San Antonio Rampage game had the misfortune of being struck in the head by a puck when a rival player hit the puck over the wall. According to San Antonio Express reporter Kolten Parker five year old James Evans was told he would need stitches and therefore left the game in order to be treated at the emergency room.

However according to the young man's father, the boy wanted nothing to do with the hospital and was more concerned with getting back to the game to watch his favorite team play.

“He told the doctor ‘Can you hurry so I can go back to the game,” James' father, David Evans said.

The moment inspired James' father to capture the moment in a photo and caption it, and with his bloody shirt and his head stapled up James strikes a pose that could resemble many a hockey player. And much like a hockey player would young James immediately went back to the arena, and he and his father made it back in time for the final two minutes of over time, which his team won 4-3 over the Stars.

James Evans may very well be a hockey player in the making. 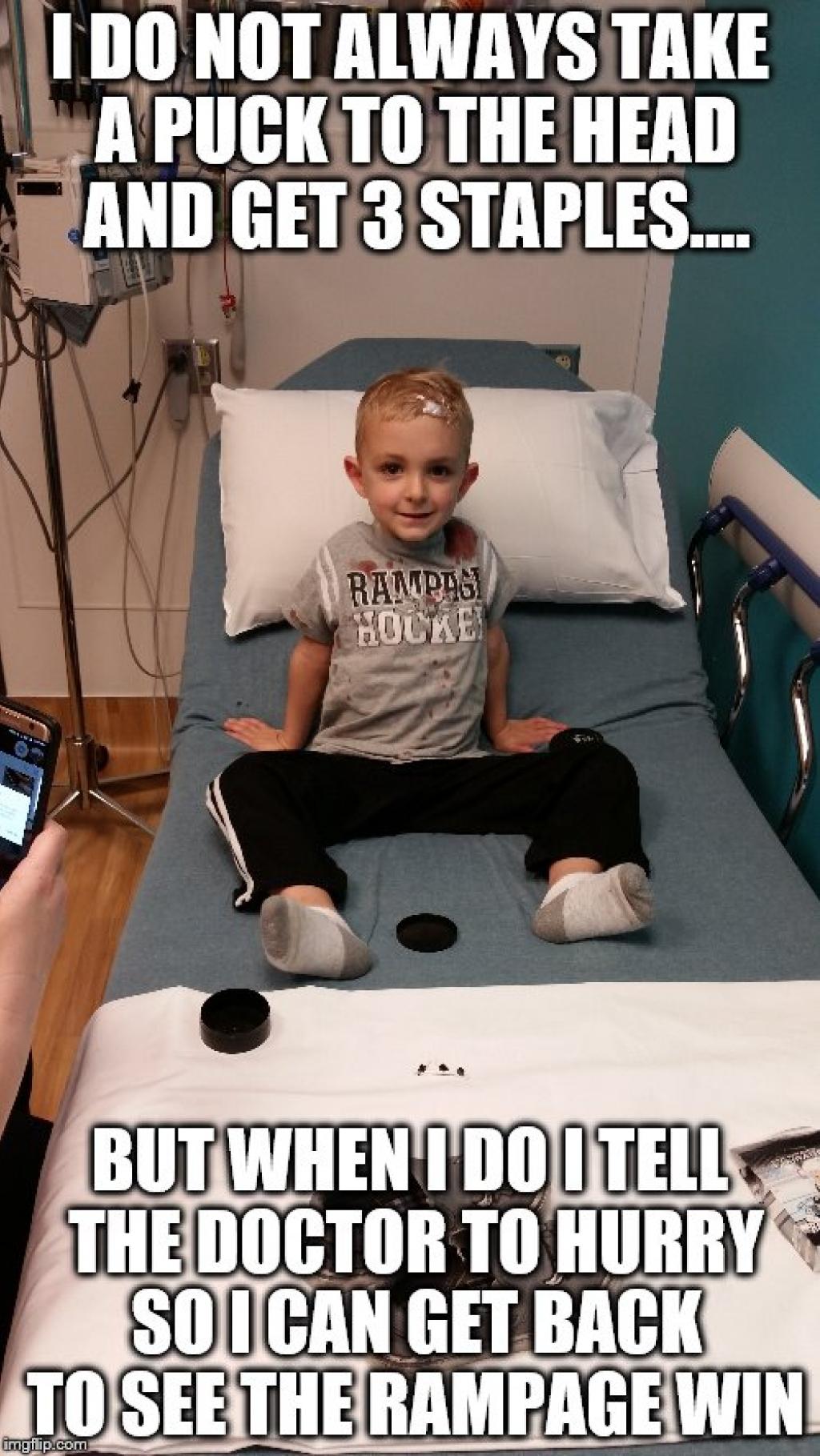 (Link to the original image reportedly published by James father)