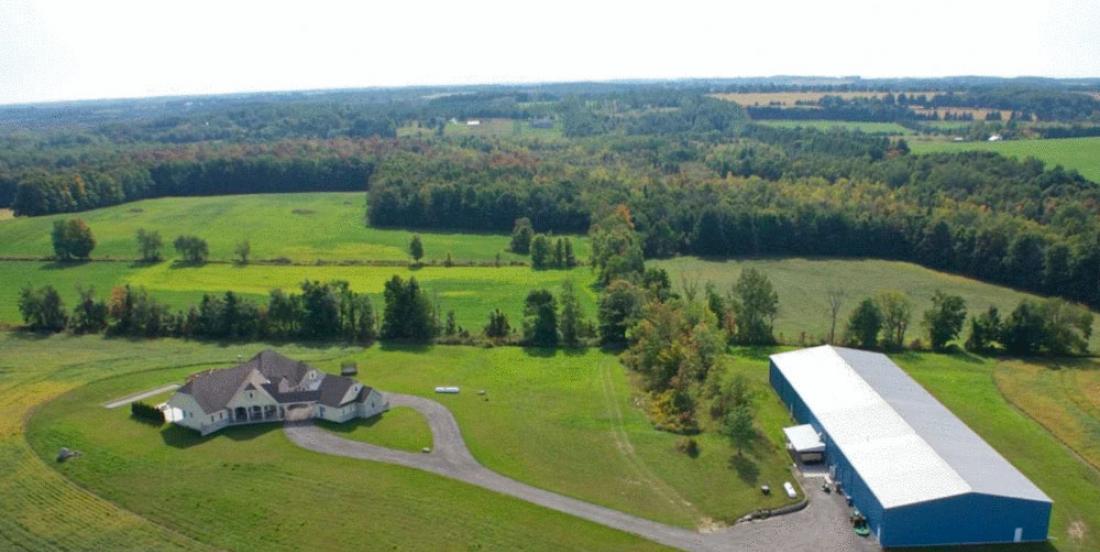 In Canada, we love hockey, but it seems like some people are willing to go overboard, like the owner of this Ontario mansion.

As reported by Narcity, there is an Ontario mansion up for sale with an entire hockey arena, which makes it the most Canadian property ever.

Would you like to purchase it to become the coolest hockey fan in the world?

Yes? Well, you will have to pay up or be a professional hockey player yourself to afford it. It will set you back a cool $7 million.

However, no one can deny that it is one of a kind. It is located in Erin in Wellington County, 60 minutes from downtown Toronto and 45 minutes to Pearson Airport. It also comes with 151 acres of land, basketball court, and gymnastic training centre. A dream for the ultimate sports fan.

That’s not all: the five-bedroom mansion also features a full basement, several fireplaces, and enough parking for a whopping 200 cars.

Here are some pictures from the REMAX listing if ever you have $7 million just laying around and are looking for a new place that will make quite the statement.

And if you do, let me know if you can just give me some money.