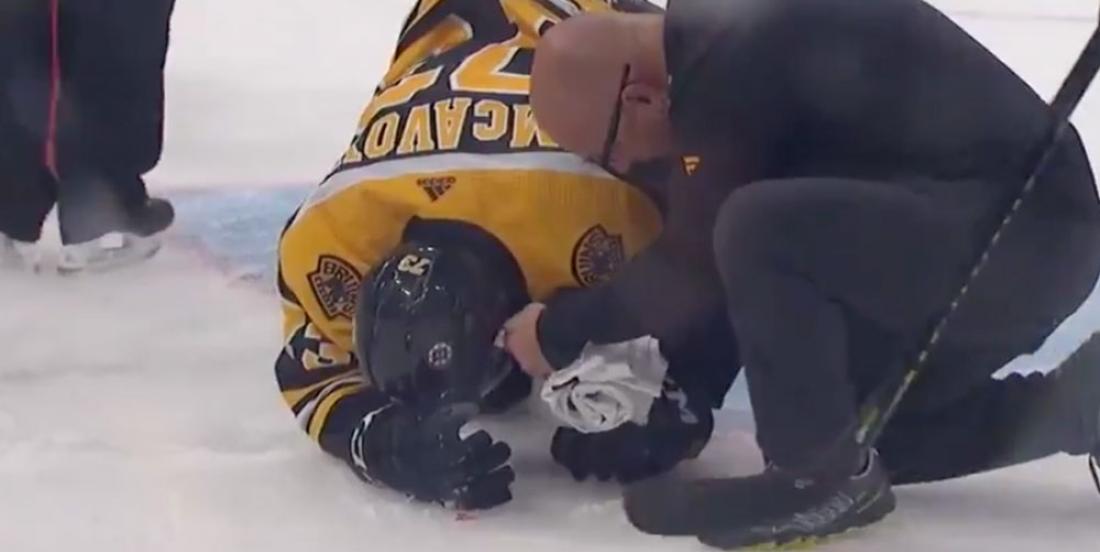 A scary scene on the ice last night in Boston.

If you didn’t catch last night’s game between the Boston Bruins and Pittsburgh Penguins, well… you blew it.

After giving up three brutal goals in the first period, the Penguins stormed back to take a 4-3 lead, only to have the B’s tie things up in the third period and ultimately pull ahead late in the frame.

The Penguins’ fourth goal was an absolute beauty and the first career NHL goal for Mass. native John Marino.

Bruins defenseman Torey Krug managed to tie up the game in the third, and Brad Marchand put his team ahead with this incredible individual effort:

Marchand ended the night with an incredible five points and the Bruins waltzed away with a stunning 6-4 victory. Unfortunately, the team lost defensive standout Charlie McAvoy in the third period after he smashed the side of his head into the Bruins’ goal post.

McAvoy left the game and appeared to be bleeding significantly from the side of his head, but the team has provided no official update yet on his health. Head coach Bruce Cassidy though reportedly claims that McAvoy has suffered only a cut to his head and, it’s assumed, won’t require concussion protocol.

Regardless of anything else, this is good news. Given McAvoy’s issues with concussions already in his young career, this is excellent news. Here’s hoping the kid can get patched up in time for tonight’s tilt against the Montreal Canadiens.