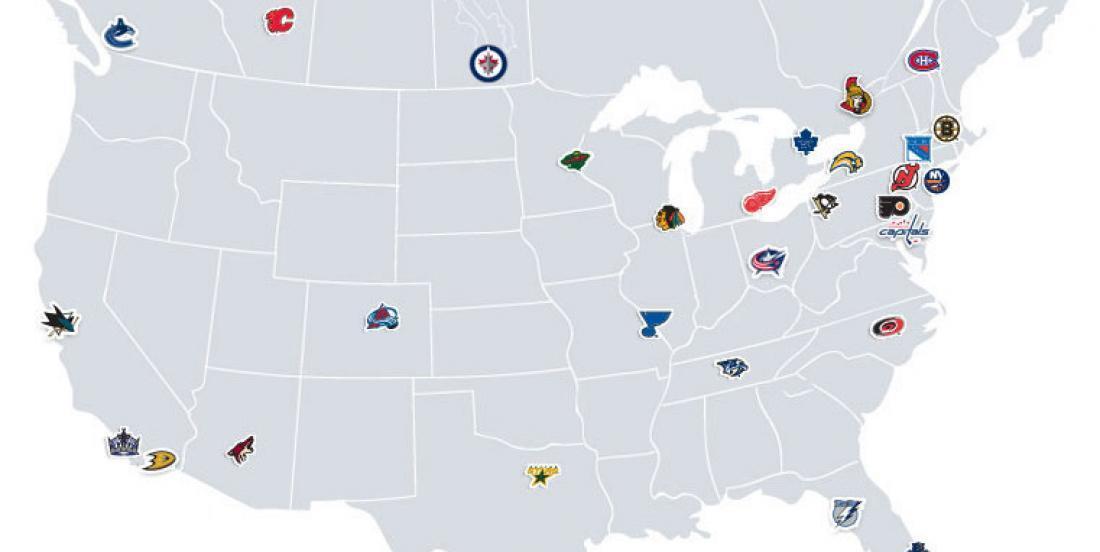 A new concept for 2021 season gets suggested with smaller divisions!

What do you make of this idea?

While the National Hockey League and its Players Association are focused on getting the season started on January 1st, with the hopes of awarding the Stanley Cup at the latest on July, 15th, we still have no clue how the divisions will break down, with a ton of talk suggesting an All Canadian division, something that frankly makes a ton of sense given the challenges surrounding border crossings caused by the COVID-19 pandemic.

While no one can mess with the strict travel restrictions currently in place, it has been suggested that instead of four divisions, we could have eight small division of four (and one of three). This could be another option on the table for the NHL and NHLPA.

Then, the San Jose Sharks, Los Angeles Kings, Anaheim Ducks and Vegas Golden Knights in a separate division. Another group would include the Arizona Coyotes, Dallas Stars, Colorado Avalanche and St. Louis Blues.

If we move towards the Eastern, a small division of the Nashville Predators, Carolina Hurricanes, Florida Panthers and Tampa Bay Lightning would be created, with a separate group up north of the Chicago Blackhawks, Columbus Blue Jackets, Minnesota Wild and Detroit Red Wings.

Things would get wrapped up with a division of the Buffalo Sabres, Pittsburgh Penguins, Philadelphia Flyers and Washington Capitals and another which would include the New Jersey Devils, New York Rangers and Islanders and the Boston Bruins.

That would sure created a lot of new rivalries! What do you think of this options?