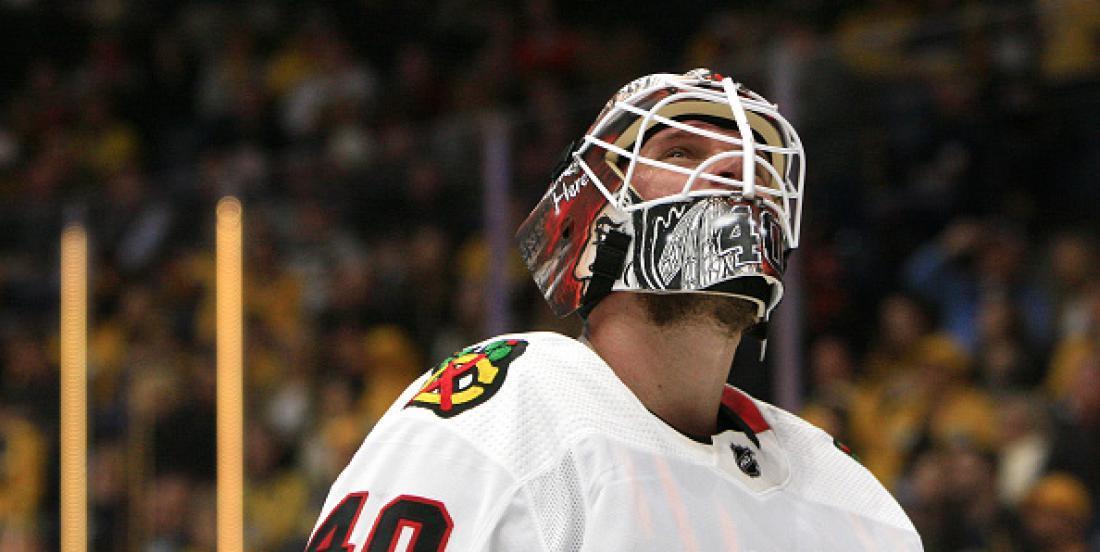 ​The goalie on the move again?

The Chicago Blackhawks face another tough choice this season and their decision will impact beloved goalie Robin Lehner.

According to Bob Mckenzie, the Blackhawks are coming to a decision for who of Lehner or Corey Crawford will earn the crease in Chicago, which means a goalie move in coming to the Windy City. Here is how he explained it on Insider Trading on TSN:

“Both have played well but both are unrestricted free agents at the end of this year. Robin Lehner has made it known there won’t be any hometown discounts, he needs a long-term deal for big money to play off of his success after last year and this year. And Corey Crawford publicly said recently ‘I don’t want to be anybody’s backup’ and he’s also had a good year now that he’s been healthy. Stan Bowman has a decision to make at some point. Does he trade one of these guys? Which one can he sign? And I would imagine in the days and weeks ahead they will get down to brass tacks in terms of talking contract to both guys to see what the expectations are and how that decision is going to go before the deadline.”

If the team chooses to stick with Crawford, Pierre LeBrun believes Lehner will land with a third team for the past, he who spent the 2018-19 season with the New York Islanders.

“If and when Robin Lehner becomes available by the way, keep an eye on Carolina. They tried to sign him last summer and I think they’d like to add more insurance in goal. That’s a guy they have on their list.”

We better keep an eye on this...