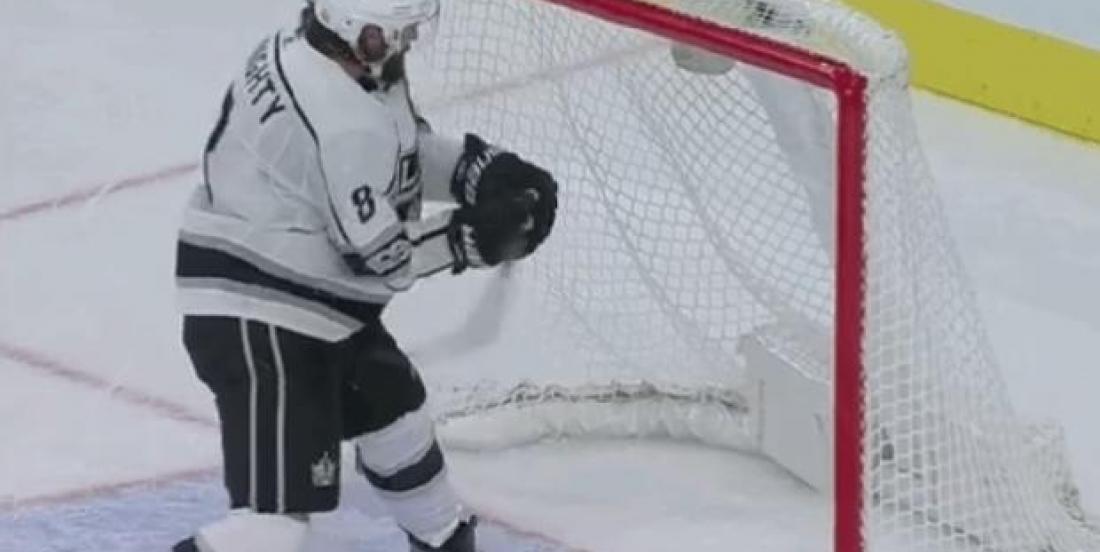 ​The star defenseman is going on a rampage!

Los Angeles Kings defenseman Drew Doughty is looking for a fight. And the Canadian-born player might find it up North after a Western NHL trip…

After losing their season opener to the Edmonton Oilers, Doughty was not going to miss out on the chance to reignite his storied rivalry with Calgary Flames forward Matthew Tkachuk .

The Kings star blue liner indeed won that battle: after Tkachuk buried the game-tying goal right in front of Doughty, the Kings’ veteran put his money where his mouth is in the game, scoring the OT winner and silencing the Calgary crowd as he went on to shout obscenities at them.

Yeah, he took the rivalry up a notch, clearly saying something that rhymes with, “Pluck my stick!” to Flames fans during his OT goal celebration.

Well, he was not done yet on this northern trip…

"It’s (expletive) just embarrassing. A team like that should not be beating a team like ours 8-2, there’s absolutely no way.”

Doughty needs to be careful… LA has had a couple of rough seasons, with many coaches changes, trades and losses! The Canucks younger roster was sure faster than the Kings last night!

He is just a sore loser… and winner for that matter!