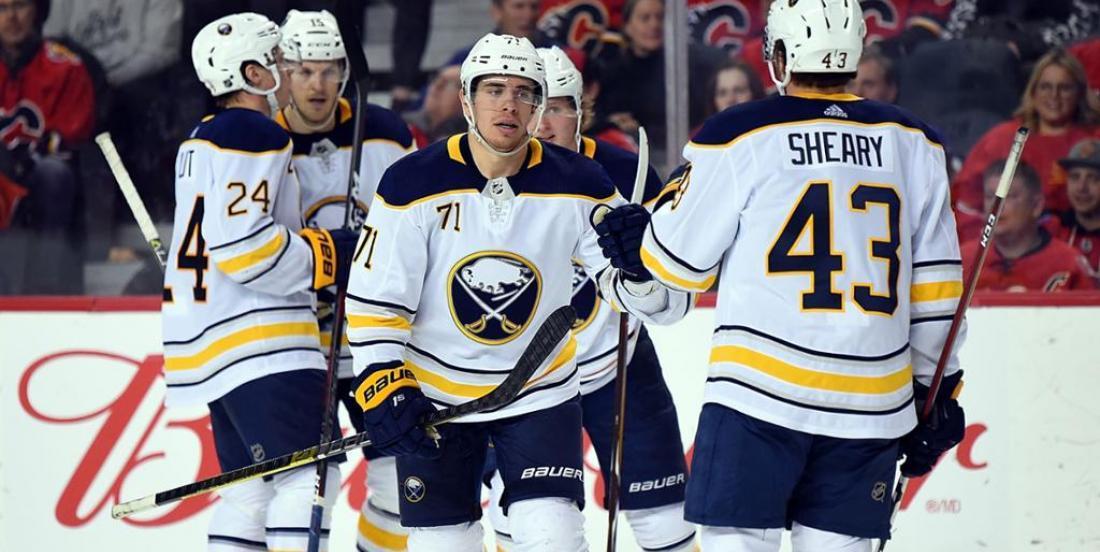 Another trade request in Buffalo!

Earlier this month, it was revealed that defenseman Zach Bogosian wanted out of the Buffalo Sabres organization when he was scratched for a game.

He is not the only it seems.

Team insider Joe Yerdon of The Athletic has just reported that forward Evan Rodrigues has been unhappy with his role on the team and has requested to be traded.

Here is how Yerdon explained it in his breaking news report:

“A source tells The Athletic that Rodrigues, who will be a healthy scratch Tuesday against Tampa Bay in favor of recent Rochester signing Dalton Smith, is unhappy and does not see a future with the Sabres organization.

Rodrigues wants to be able to help the Sabres, who have one win in the past seven games, but has not enjoyed being scratched this season and is displeased with his ice time. According to the source, if Rodrigues is not going to play he would like the opportunity to do so elsewhere. He will be a restricted free agent again this summer.”

We have to admit it’s been a tough road for Rodrigues, who was signed as an undrafted free agent out of Boston University. The 26-year-old has not scored a goal since March 17, 2019 — a span of 32 games. He has posted just three assists in 24 contests this season.

Rodrigues is in his fifth season with the Sabres, but is averaging 10:42 in ice time this season, the lowest of his career.

But now, he wants out. Rodrigues has 21 goals and 65 points in 178 career NHL games. A change of scenery could be beneficial for the winger.