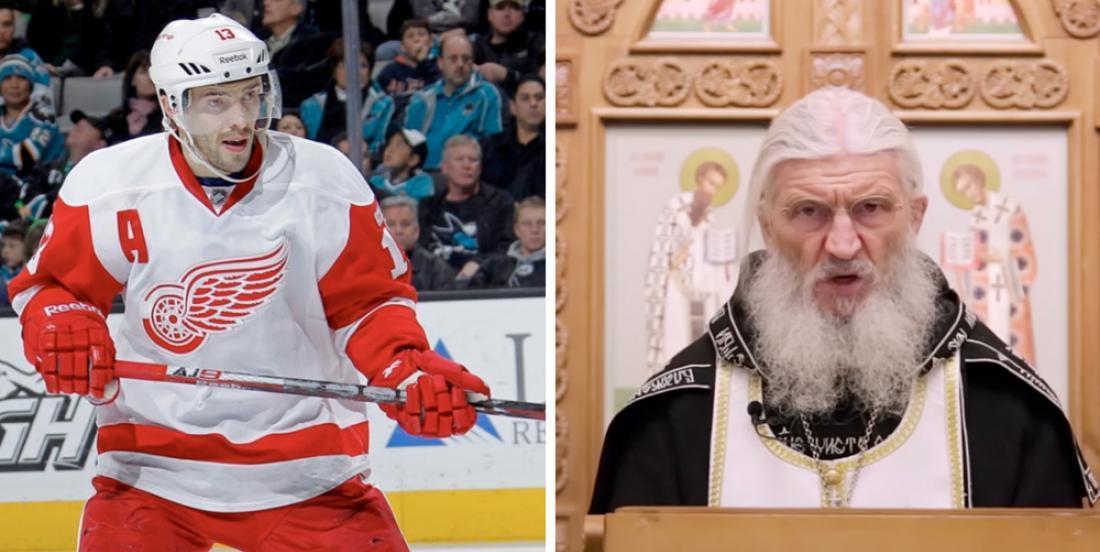 For an update on Datsyuk's health and state of mind though, check out this video released by Datsyuk's agent Dan Milstein.

Frankly, I'd love to see a statement from Datsyuk himself about this whole strange ordeal. Read below for more details from yesterday's report.

According to a bizarre report from Russian publication RT Sport, former Detroit Red Wings superstar Pavel Datsyuk is reportedly “holed up at a Russian monastery with priest who claims Covid is cover-up to microchip population.”

Former Detroit Red Wings star Datsyuk, 41, is said to be at Ekaterinburg’s Central Urals Monastery, where according to local media Shiigumen (father superior) Sergius has taken over after ousting the abbess of the convent.

The power grab comes after Sergius was reportedly banned from conducting religious duties because of his claims that the Covid-19 outbreak was a “pseudo-pandemic” and that it was being used as an excuse to microchip the public.

The priest is also said to have complained that the closure of churches in Russia during the coronavirus crisis was done under pressure from “the atheistic authorities.”

"Father Sergius has been my spiritual father for more than 10 years. [He] has a burning, loving heart, he sees me through and through," Datsyuk has said of the priest in the past."He is strict, but also very kind. As before, with my family, we want to come to the Monastery of the Loaves of Bread every Sunday. We know that the priest is waiting for me, we can confess to him, take communion, ask him spiritual questions of life, be blessed."

"With the blessing of the priest, many issues are resolved by themselves. I am grateful that God and I gave my family such a spiritual father,” says Datsyuk.

Sergius, a former police officer who previously spent 13 years in prison for murder, is well known among Russia’s religious community. To say that he and his disciples are being closely watched by the Russian authorities would be putting things very mildly.

Stay tuned for more details and, hopefully, for an updated statement from Datsyuk himself.