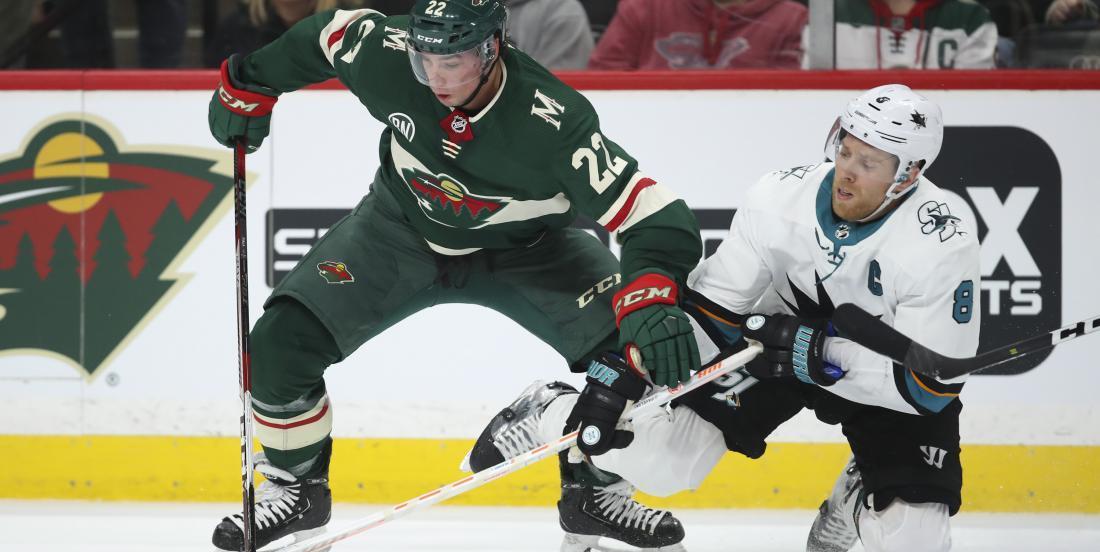 Here is the Wild's projected lineup for tonight's game in San Jose.

Tonight at 9:30 PM, the Minnesota Wild will be facing off against the Sharks in San Jose. It will be the Wild's second game in a row on the West Coast. They won their previous game 4-2 in Anaheim.

It certainly seems like coach Boudreau believes in stability when it comes to his lineup. Why change a thing when you're winning hockey games, right?

It's looking like Minnesota's line combinations will be looking almost identical to the ones that faced the Ducks on Tuesday.

Alex Stalock started ahead of Devan Dubnyk in Anaheim earlier this week and earned the victory. As such, he will get another chance in front of the net for the upcoming matchup against the Sharks.

Here is the Wild's projected lineup for tonight's game in San Jose according to NHL.com correspondent Ross McKeon:

Centerman Victor Rask and d-man Nick Seeler are set to be healthy scratches this evening. Greg Pateryn and Mason Shaw are out with injuries.

Look for the Sharks to come out hungry tonight as they look to put an end to a terrible stretch of form.